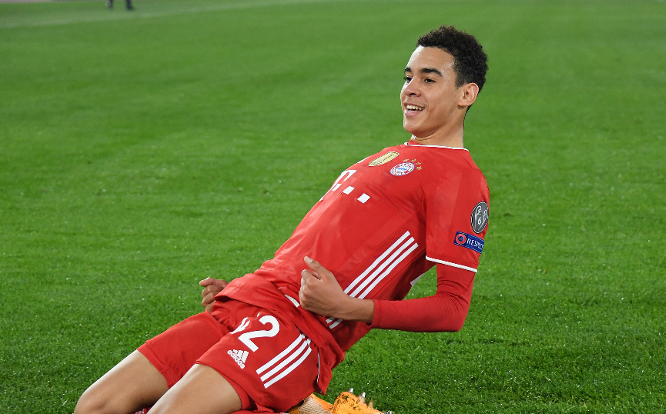 Bayern Munich midfielder Jamal Musiala has revealed that he wanted to play for the England national team when he was younger.

Musiala was an England youth international while with Chelsea before switching to Germany when joining Bayern Munich.

Musiala said: “England have enormous qualities as far as individual players are concerned. All the England players go for one-on-one duels so that is something we can learn about the courage not to avoid any dribbles.

“I hope they do well of course because for a while it was part of my life. I always wanted to play for England when I was younger. When I played in England I supported them with all my heart.

“They set great store by individual technique and one on one play. To play with freedom was the motto at the time. That is what inspired me and will stay with me for all of my footballing life.”

Musiala was born in Stuttgart but moved to England aged seven, going to school in Croydon.

He said: “We slowly but surely get to our strength as the tournament goes on. England have enormous qualities as far as individual players are concerned.

“I didn’t go for the face paint when I was small but playing for the England youth teams I did of course support the Three Lions.”