I had depression before Wimbledon, says U.S. tennis teenager

by Bayo Millz
in Sports, Tennis
Reading Time: 2 mins read
A A
0 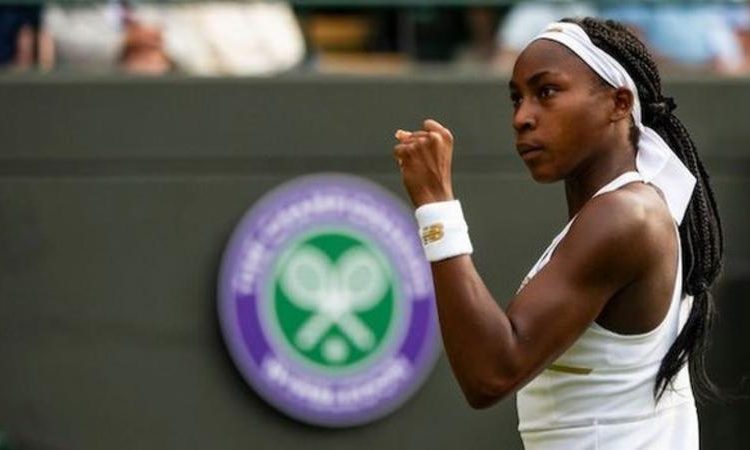 American teenager Coco Gauff says she struggled to deal with the hype and mental pressure brought on by her rapid rise in the tennis world.

She said she had to rediscover her love for the game after becoming depressed.

The Florida-based 16-year-old has enjoyed a sensational run on the professional circuit since July last year when she reached the fourth round of Wimbledon in her first major championship appearance.

She also reached the fourth round on her Australian Open debut this year, paving the way to breaking into the top 50 in the WTA rankings.

“Throughout my life, I was always the youngest to do things, which added hype that I didn’t want,” she wrote in a post for Behind The Racquet.

“It added this pressure that I needed to do well fast.

“Right before Wimbledon, going back to around 2017/18, I was struggling to figure out if this was really what I wanted. I always had the results. So, that wasn’t the issue. I just found myself not enjoying what I loved.

“I realised I needed to start playing for myself and not other people. For about a year, I was really depressed. That was the toughest year for me so far.”

Gauff said she felt friendless due to her “dark mindset” and considered taking a year off just to focus on life.

“Choosing not to obviously was the right choice, but I was close to not going in that direction. I was just lost,” she said. “I was confused and overthinking if this was what I wanted or what others did.

“It took many moments sitting, thinking and crying. I came out of it stronger and knowing myself better than ever.”

Gauff has already been touted as a long-term successor to Serena Williams at the top of U.S. women’s tennis.

While she said she was getting used to people viewing her as a role model, she did not like being compared to Serena or her sister Venus.

“First, I am not at their level yet. I always feel like it’s not fair to the Williams sisters to be compared to someone who is just coming up,” she added.

“It just doesn’t feel right yet. I still look at them as my idols.

“Of course I hope to get to where they are. But they are the two women that set the pathway for myself, which is why I can never be them.

“I would never have even thought about joining tennis, without them a part of it, since there were very few African Americans in the sport.”