Home » Sports » I was hoping Liverpool would sign Raphinha – Fabinho 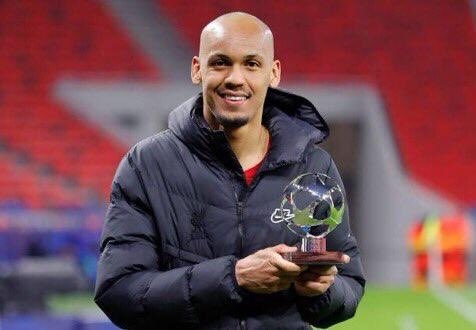 The pair have been together with Brazil this past week.

Fabinho has admitted he was aware of reports suggesting Raphinha could be Liverpool -bound and has described him as a player with ‘personality’.

“Raphinha, since arriving in the Premier League, has had a very good performance and stands out in Leeds,” the Liverpool midfielder told Globo Esporte.

“In this market, there was a discussion about him going to Liverpool, but in the end he stayed at Leeds. He’s the best player in the team, we know he’s the one who can cause the most danger.

“He started very well in both games for the national team, participated in the three goals against Venezuela, did very well against Colombia.

“He is a left-footed player who goes up, comes in, as well as on the outside, this is very important for our team. He’s a guy with a lot of personality and he’s already shown that he can help us a lot.”

He added: “Since he arrived in the Premier League he has had very good performances and highlights.

“For Liverpool, I was hoping that would happen. But in the end, he stayed with Leeds.

“He’s Leeds’ best player today. Whenever we play against them, we know he’s the player who can cause the most danger.”