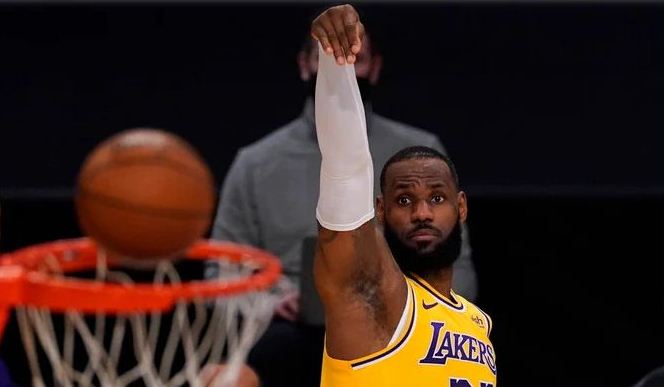 American basketballer, Lebron James, has made NBA history by becoming the first-ever player to drop 40 points against all 30 teams in the league.

He could surpass the NBA legend sometime in the next 10 games if he keeps up his form, after putting up 46 points, eight rebounds and seven assists against the Clippers, despite the Lakers losing the West Coast rivalry game 133-115.

James also hit a career-high nine three-points with 6:45 to play against the Clippers, setting a career-high from distance in his 1,404th game. But his brilliance wasn’t nearly enough, as the Lakers never caught up after falling behind by 23 points at halftime. 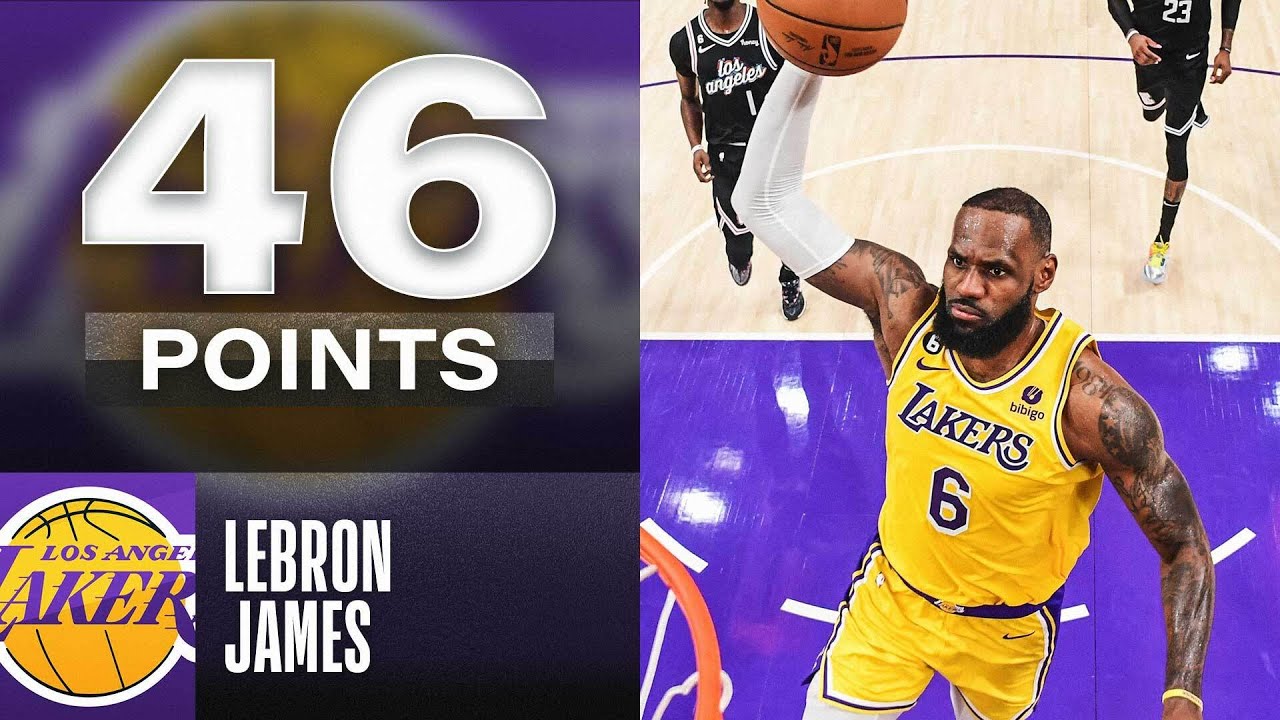 James spent the final minutes of Tuesday night’s game on the bench after tumbling in the stands following a steal on Kawhi Leonard with 5:17 to go in the third quarter, as Lakers head coach Darwin Ham didn’t want to potentially risk injuring the four-time NBA champion ahead of their five-game road trip starting on Saturday against the Boston Celtics.

TheNewsGuru.com (TNG) reports that James is an American professional basketball player for the Los Angeles Lakers of the National Basketball Association (NBA).

Nicknamed “King James”, he is widely considered to be one of the greatest players in history and is often compared to Michael Jordan in debates over the greatest basketball player of all time.[a] James has won four NBA championships, four NBA MVP awards, four NBA Finals MVP awards, three All-Star MVP awards, and two Olympic gold medals.

James has scored the most points in the playoffs, the most career points (playoffs and regular season combined),  the second most regular season points, and has the sixth most career assists. He has been selected an NBA All-Star 18 times, to the All-NBA Team a record 18 times, and to the NBA All-Defensive First Team five times.

He has competed in 10 NBA Finals, the third most all time, including eight consecutively between 2011 and 2018. In 2021, James was selected to the NBA 75th Anniversary Team, and in 2022 became the first and only player in NBA history to accumulate over 10,000 career points, rebounds, and assists.

TheNewsGuru.com (TNG) recalls that James won his first two NBA championships while playing for the Heat in 2012 and 2013; in both of these years, he also earned the league’s MVP and Finals MVP awards.

After his fourth season with the Heat in 2014, James opted out of his contract to re-sign with the Cavaliers. In 2016, he led the Cavaliers to victory over the Golden State Warriors in the Finals by coming back from a 3–1 deficit, delivering the team’s first championship and ending the Cleveland sports curse. 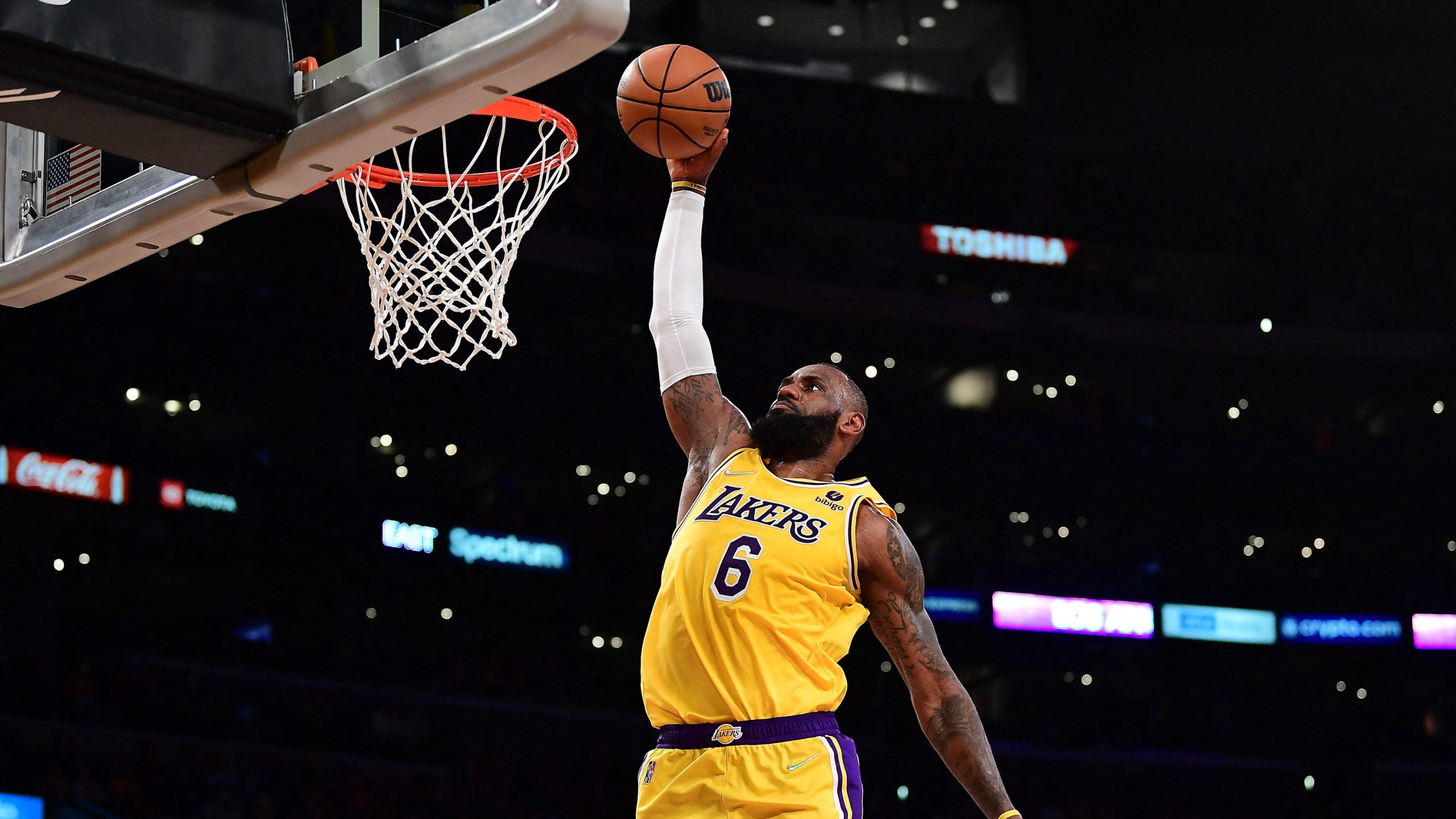 In 2018, James exercised his contract option to leave the Cavaliers and signed with the Lakers, where he won the 2020 NBA championship and his fourth Finals MVP.

James is also the first player in NBA history to accumulate $1 billion in earnings as an active player.

Off the court, James has accumulated more wealth and fame from numerous endorsement contracts. He has been featured in books, documentaries (including winning two Sports Emmy Awards as an executive producer), and television commercials.

He has won 19 ESPY Awards, hosted Saturday Night Live, and starred in the sports film Space Jam: A New Legacy (2021).

James has been a part-owner of Liverpool F.C. since 2011 and leads the LeBron James Family Foundation, which has opened an elementary school, housing complex, retail plaza/community center, and medical center in Akron. 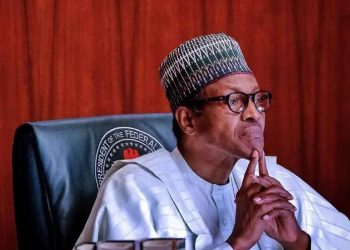