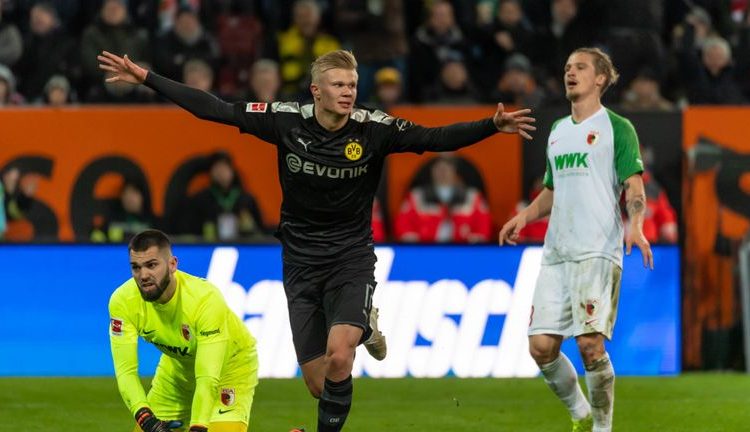 Erling Haaland scored a 23-minute hat-trick on his Borussia Dortmund debut since signing from Red Bull Salzburg for around €20m (£17m).

The 19-year-old, who was a Manchester United target before choosing to join Dortmund, only came on after 56 minutes in a game Dortmund were losing 3-1 away to Augsburg – but scored with his first touch.

The stumbling block for the Manchester club was the value of Haaland’s buy-out clause, should the striker decide on a move to another club.

The highly rated 19-year-old signed for German side Dortmund instead on a four-and-a-half-year deal at the start of this month.

Norway international Haaland scored 28 goals and registered seven assists in just 22 games for Salzburg this season in all competitions.

England’s Jadon Sancho was also on target as Dortmund completed a 5-3 comeback.