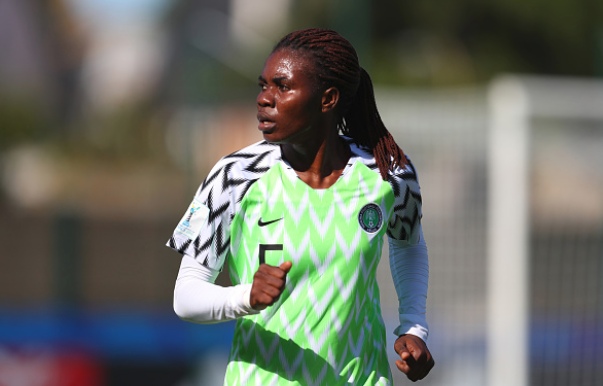 The club made the announcement with a short video clip on their social media handles.

Gift was in action for Nigeria in a friendly game against world champions, United States of America on Wednesday morning.

The US defeated the Super Falcons by 2-1 in Wagighton DC.

She has also departed with the team to Kobe Japan for an international friendly against the Asian country in few days time.

Gift was part of Super Falcons’ squad to the 2022 Africa Women’s Cup of Nations in Morocco.

She also represented Nigeria at the FIFA U-20 Women’s World in France in 2018.