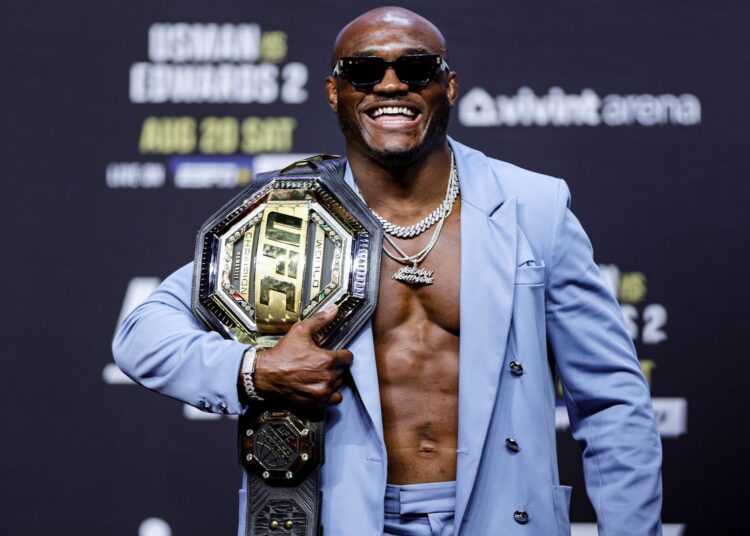 Usman has been given a role in the next series of “Black Panther” a movie from Disney and Marvel Studios.

The Movie will be premiered in America on the 11th of November 2022 with Usman’s face pasted on the movie posters.

Usman is a huge fan of the comic book superhero, and dating back to 2018, has shown interest in being a part of upcoming flicks.

MMA Junkie confirmed the news of Usman’s involvement through manager Ali Abdelaziz after UFC Hall of Famer Daniel Cormier mentioned it during the UFC 277 weigh-in show on Saturday morning on ESPN+.

The first “Black Panther” film was released in 2018 and starred the late Chadwick Boseman, who played King T’Challa and his alter ego the Black Panther. The franchise will continue without Boseman, who died in 2020. Disney and Marvel have confirmed that the character T’Challa won’t be recast in the “Wakanda Forever” sequel.

Black Panther: Wakanda Forever is the first sequel to 2018’s Black Panther, which crushed expectations by grossing a remarkable $1.3bn and earning a Best Picture nomination at the Oscars.

Aside from whatever battles Usman takes part in on the movie screens, the Welterweight king is currently lined up to defend his belt vs. Leon Edwards at UFC 278 on August 20. If he’s victorious there, Usman has also expressed interest in jumping up to 205 lbs. and taking a crack at Jiri Prochazka in the light-heavyweight.

Usman’s heroics in UFC has earned him the nickname Nigerian Nightmare.

Usman was born on the 11th of May 1987 to a Nigerian parent in Auchi, Edo state of Nigeria.

He currently competes in the welterweight division of the Ultimate Fighting Championship, where he is the current UFC Welterweight Champion