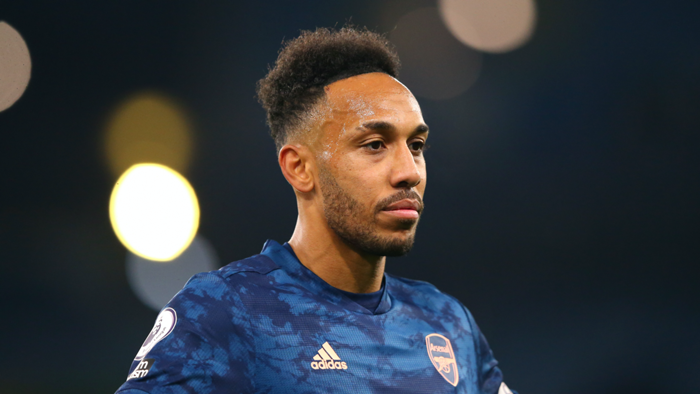 Arteta’s decision to strip now Barcelona striker Aubameyang of the Arsenal captaincy was backed by the Gunners squad – with some players even commending the Spaniard for making such a bold call.

In a new clip from the latest set of episodes from ‘All or Nothing: Arsenal’ – which will be released on Thursday – the Arsenal squad’s reaction to learning Aubameyang had been stripped of the captaincy has been revealed for the first time.

And the reaction of Mohamed Elneny and Rob Holding proves that the Gunners squad were on board with Arteta’s tough stance on Aubameyang.

Elneny asks Holding: “What happened with Auba yesterday?” to which the centre-half replies: “He want to Paris yesterday then came home and the boss wanted him back…”

Surprised by the timing of Aubameyang’s trip, Elneny responds: “One day before?” with Holding replying: “Yeah one day before and he came back the next day and then was late for training. He had permission to go there, because it was something to do with his mum – he had to go see his mum – but then he didn’t get back in time, didn’t listen to him [Arteta] and do the correct thing.”