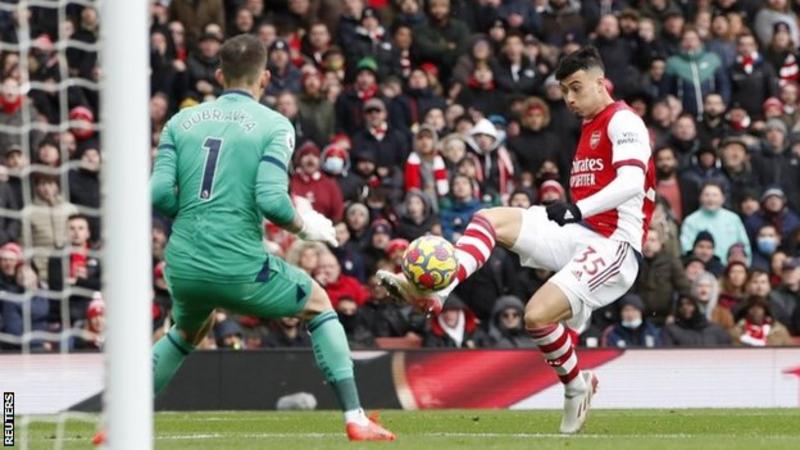 Arsenal eventually broke Newcastle United down to leave Eddie Howe’s side bottom of the Premier League without a win.

Howe, in the Magpies dugout for the first time after missing last weekend’s 3-3 draw with Brentford because of Covid, set up a team to try to contain Arsenal and eke out a point.

It appeared as if the strategy might be working until Bukayo Saka slotted home from Nuno Tavares’ through ball in the second half.

Saka went off injured and his replacement Gabriel Martinelli scored with his second touch, a wonderful volley from Takehiro Tomiyasu’s clipped pass over the top.

“He wasn’t comfortable. He felt something,” said Gunners boss Mikel Arteta of Saka as they await news of what is wrong with the England international.

Both sides had hit the woodwork in an otherwise uninspiring first half.

Jonjo Shelvey’s long-range drive was tipped on to the bar by the diving Aaron Ramsdale – and Pierre-Emerick Aubameyang hit a sitter off the post from six yards out.

Arsenal remain fifth in the Premier League, while Newcastle are five points adrift of safety with just over a third of the season gone.