Home » Sports » US Open: Serena and Venus Williams team up for doubles

US Open: Serena and Venus Williams team up for doubles 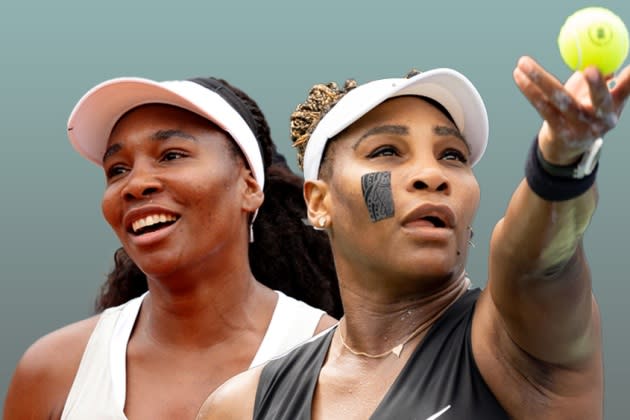 Serena Williams will play doubles with sister Venus at the US Open after the pair were awarded a wild card.

The US Open is set to be the final tournament of Serena’s career, and she is giving herself two shots at success.

The Williams sisters have a remarkable record of winning all 14 of the grand slam doubles finals they have contested.

But the last one was back in 2016 at Wimbledon, and they have not played a slam together since the French Open four years ago.

Serena Williams’ farewell will dominate the tournament for as long as she is in it, but it looks set to be another wide open women’s singles event.

World number one Iga Swiatek has not been in good form since the end of her 37-match unbeaten run at Wimbledon.

The same can be said for most of the top 10.

There are 15 current or former grand slam champions in the women’s draw, including two-time US Open winner Naomi Osaka.

It has been a tough 12 months for the 24-year-old, who did not compete after the US Open last year.

She had prioritised her mental health and has struggled with form and fitness this season.

A troublesome Achilles problem kept her out of Wimbledon and she retired during her first-round match in Toronto two weeks ago with a back issue.

Osaka has won just one match since April, and she admitted she goes into the US Open with her confidence low.

She told a press conference in New York: “I feel like I would have lied a day ago or so and said that I was really relaxed.

“But actually, when I practised today, I felt very anxious. I think it’s because I really want to do well because I feel I haven’t been doing well lately.

“It’s tough. Of course, you don’t want to lose in the first round of a slam. I feel like I always do pretty well here. It’s kind of taking the pressure off of myself, but it’s always going to be there.

“I think the opponent I’m going to play is also really tough, so it adds a little bit extra. I’m just trying to enjoy the time that I have here.”

Now ranked down at 44, Osaka is unseeded and will take on Australian Open finalist Danielle Collins in the first round on Tuesday.

On her physical struggles, she added: “I would say it’s something that’s very frustrating but at the same time interesting because it made me feel like, ‘Wow, I really want to be able to play again like back how I used to’.

“I think my mindset now is just trying to have fun because I wanted to be here when I was a kid.”