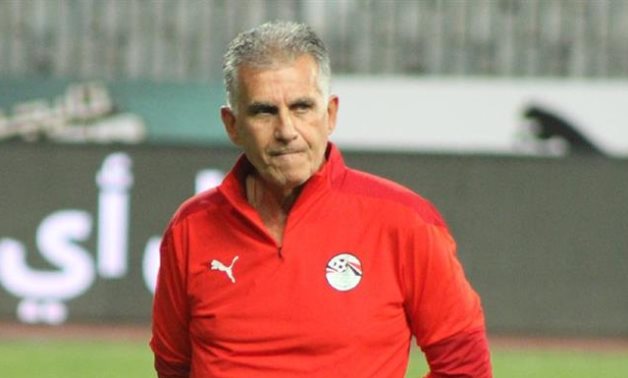 Egypt coach, Carlos Queiroz, says the goal of his team is to offer the world a pleasant match when they face hosts Cameroon in the Africa Cup of Nations (AFCON) semifinals.

The Pharoahs of Egypt will be seeking a place in the 2021 AFCON final when they lock horns with hosts Cameroon at the Olembe Stadium in Yaoundé on Thursday.

There are no teams that have won AFCON titles more than Cameroon and Egypt.

Between them they have lifted the holy grail of African Football 12 times, seven for the Pharaohs and five for the Indomitable Lions.

Queiroz, speaking at a pre-match press conference in Yaounde, said his team was ready to play a very good match between two great African teams.

“To reach the semifinals is a reward for us. Facing hosts Cameroon is tough as they play very good football.

“We want to offer the world a pleasant match between two great African teams.

“We are ready for this semifinal. It is true that we have played two consecutive matches with extra-time, but we remain ready to play a very good match.

“We have the right team for this kind of games,” he said.

Goalkeeper Mohamed El Shennawy noted that the game against the host was very crucial, adding that he was hopeful that their talisman Mohamed Salah would be at his best ahead of the clash.

“It’s a very important match for us against hosts Cameroon; we want to go as far as possible and try to win the title.

“Our objective since the start was to win the tournament.

“We have one of the best players in the world, Salah, and I hope he will give what we expect from him,” he said.

NAN also reports that the Pharaohs are desperate to extend their AFCON record by winning their eighth title.

After a sluggish group stage campaign, Egypt rose to the expectations to oust Cote d’Ivoire and Morocco and reach the semifinals in style.

Now they have to face another tough hurdle in the form of their hosts.

The Pharaohs will look up again to their star captain Salah, who has already scored twice in the tournament, and assisted the winner in the quarterfinals against Morocco.