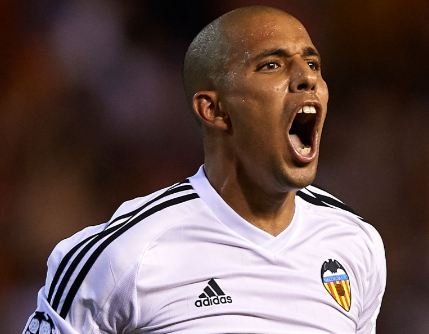 The midfielder was sent off by referee Mike Dean for a challenge on Red Devils defender Phil Jones 15 minutes into a match the Hammers lost 2-0.

West Ham boss Slaven Bilic said Jones “made a meal’’ of the tackle from the Algeria international.

The News Agency of Nigeria (NAN) reports that the 27-year-old Feghouli is the fifth player to be dismissed by Dean in the Premier League this season.

Should a three-match ban be upheld, he would miss Friday’s FA Cup third-round home tie against Manchester City, as well as Premier League games with Crystal Palace and Middlesbrough.

Bilic had criticised Dean’s decision to dismiss Feghouli, and many pundits focused on the referee’s performance.

Former Manchester United and England defender Gary Neville said Dean was “poor’’ but added much of the criticism directed at him was “disgraceful’’.

He agreed that Dean “should be criticised’’ for the decision to send off Feghouli.

Neville however added that “to suggest he wanted to be centre of attention and he should be sacked or not referee again is wrong’’.

What you need to know about Funke Akindele's new mansion