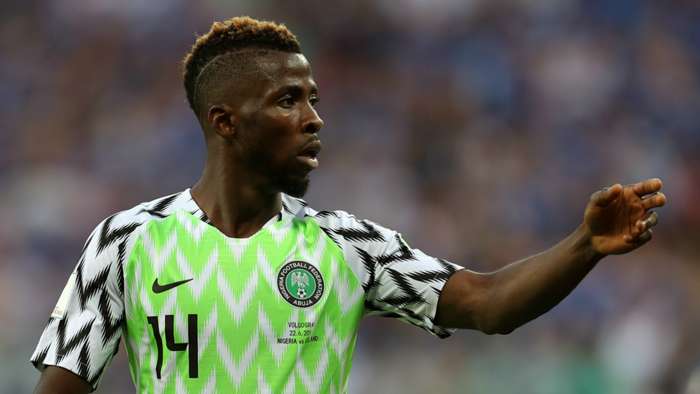 Super Eagles of Nigeria started their qualifying campaign with a commanding win in Lagos on Friday.

Kelechi Iheanacho’s brace guided Nigeria to a 2-0 victory over Liberia in their opening fixture in the 2022 Fifa World Cup qualifiers.

The game was, however, decided in the first half of the one-sided game as the former youth international Iheanacho put Nigeria through in the 22nd and 44th minutes.

The second half of the game had the Super Eagles tone down the pace of the game with fewer shots on goal with Napoli forward, Victor Osimhen losing a glorious chance to add to the tally.

The second half, however, had the coach of the team make five changes with first double substitute Paul Onuachu coming in for Osimhen while Samuel Kalu came in for quiet Moses Simon.

Late into the game, both Iheanacho and Alex Iwobi made way for the Captain Ahmed Musa and right full back Shehu Abdullahi.

The two goal hero, Iheanacho was, however, awarded the Man of the Match to pocket the N1m prize money from one of the sponsors, 33 Export.

Iwobi who also put up a 5-star performance walked away with another cash prize of N1m courtesy Another NFF partner, GAC Motor for the Most Valuable Player for the match.

With the win the Super Eagles top the Group C of the Qatar 2022 qualifiers with three maximum points.

The Super Eagles are due to face the Blue Sharks of Cape Verde on Tuesday Sept. 7, for the Day 2 World Cup elimination fixtures.