We won’t allow Twitter, Google, others to spark crisis in Nigeria – Lai Mohammed

by Ediri Oyibo
in Nigeria, Tech
Reading Time: 1 min read
A A
0 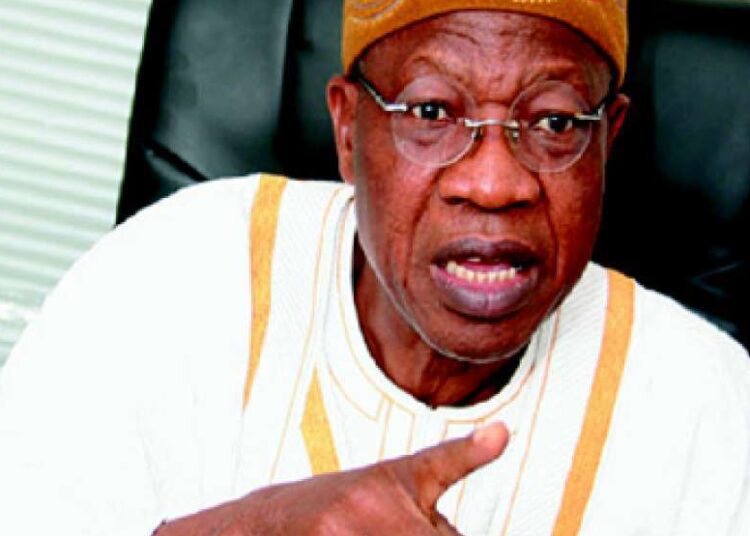 The Minister of Information and Culture, Alhaji Lai Mohammed has said Twitter, Facebook, Google and the like would not be allowed to throw the country into a crisis situation.

TheNewsGuru.com (TNG) reports Mohammed made this disclosure at the 3rd edition of the President Muhammadu Buhari administration scorecard 2015-2023 series in Abuja on Thursday.

The Information Minister disclosed that the government was especially monitoring the situation at Twitter following the takeover by Elon Musk.

Mohammed said his office had been inundated with a lot of inquiries in recent times on what will become of the FG agreement with Twitter in view of the change in its ownership.

“Many have asked for our reaction following reports that there has been a spike in fake news, disinformation and hate speech since the micro-blogging site changed ownership. Many have even asked us if another ban is in the offing?

“Let me say this: We are closely monitoring the evolving developments at Twitter. It has never been our intention to ban any social media platform or stifle free speech. Not at all.

“What happened in the case of Twitter is well known to all. Twitter became a platform of choice for those who want to destabilize Nigeria, using fake news, disinformation and hate speech. No nation will allow any social media platform to plunge it into anarchy. Definitely not Nigeria.

“We have no intention of banning any social media platform again. But we will also not sit by and allow any platform whatsoever to throw our nation into crisis,” the Minister said.