Facebook says it is partnering nine non-profit organisations and government agencies within sub-Saharan Africa to raise awareness about internet safety and security.

Jocelyne Muhutu-Rémy, Strategic Media Partnerships Manager for Facebook in sub-Saharan Africa said in a statement that the partnership was created to celebrate ‘Safer Internet Day’.

The statement was made available to newsmen in Lagos on Tuesday.

“That is why we offer a range of tools on our platforms to give people full control over their experiences.

“ Facebook is working with all these partners to drive awareness about the practices, resources and tools people can use to protect their online wellbeing.

“We now have new tools on Instagram that filter comments that may be inappropriate, offensive or involve bullying,” she said.

Muhutu-Rémy said that on Instagram, they had created new ways to help stop bullying before it happens.

“If someone writes a comment or caption for a feed post that our AI detects as potentially offensive, they will receive a prompt that the language used is similar to language that has been reported for bullying,” she noted.

Muhutu-Rémy said that the Instagram Safety Centre (instagram-together.com) was a place where one could learn more about the safety features on Instagram.

She said that youths could also resource for topics on suicide prevention social resolution and bullying prevention from the safety centre.

Muhutu-Rémy noted that Facebook had also created a Youth Portal, which was a central place for teens to get a better understanding of the company’s products.

He also added that youths could hear from other peers, and get tips and advice on how they could control their experiences from the portal.

Safer Internet Day (SID) is an international event which is celebrated on Feb. 11 annually.

It is meant to promote a safer and more responsible use of online technology and mobile phones by children and young people across the world.

It was an initiative of the European Union {EU} 2004 SafeBorders project of 2004 and taken up by the Insafe Network, also co-funded by the EU.

Safer Internet Day is currently being celebrated in no less than 150 countries worldwide, and across six of the world’s seven continents. 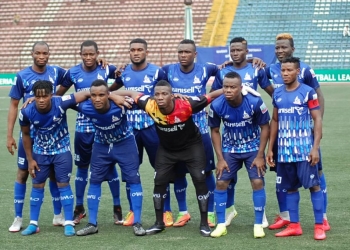