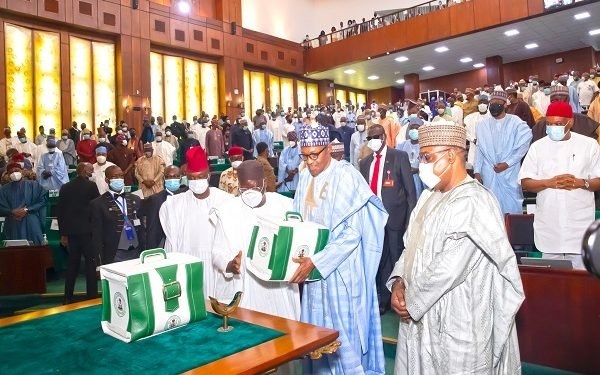 The House of Representatives on Tuesday passed a 2022 budget of N17.126 trillion against the N16.391 trillion sum presented by the president.

The Senate is also expected to pass the appropriation bill on Tuesday.

While the major capital, recurrent, debt service, statutory transfers remain untouched, the House made provision for an increase by N400 billion for agencies that came forward with financial reports which were not captured in the proposed budget, such as INEC, Ministries of Humanitarian Affairs, the National Assembly, and more.

In passing the bill, the House increased the benchmark price for crude from $57 to $62 per barrel, from which a proposed increase in revenue is expected.

The lawmakers also made provision for 10 percent of monies recovered by EFCC and the National Financial Intelligence Unit to be utilised by the agencies for their operations, to strengthen their fight against corruption.

The budget deficit was increased by N98 billion to accommodate some other requests of national importance which have not been captured in the budget estimates and which could not be covered by the revenue increase.