Former Xavier Alexander Musk, 18, transgender daughter of SpaceX founder and chief engineer, Elon Musk, has applied to legally change her name, to distance herself from her father.

Xavier, who has a twin named Griffin, turned 18 back in April.

Almost immediately after her birthday, Xavier filed a petition with the courthouse to change her name as she embraces her new identity as Vivian. 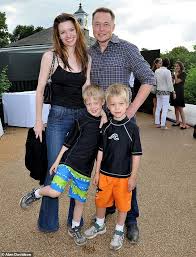 The documents were obtained by journalists from the Superior Court of California in Los Angeles County, but was not published immediately to give Vivian time to come out on her own.

However, the documents started making their way around Twitter on Saturday night, just ahead of Father’s Day. Her hearing is scheduled for this Friday.

Xavier is requesting to change her name to Vivian Jenna Wilson. She is also asking for the Superior Court of California in Los Angeles County to recognize her gender as female. The petition was filed on Monday, April 18.

Vivian listed the reason for the name change was not wanting to be associated with her biological father.

The document states: “Gender Identity and the fact that I no longer live with or wish to be related to my biological father in any way, shape or form.”

Musk and Wilson turned to IVF, and, in April 2004, Wilson gave birth to two twin sons: Griffin and Xavier. They both just turned 18 back in April.

All three boys are now 16. Two years later, in 2008, the pair filed for divorce. They still share custody of their five children. 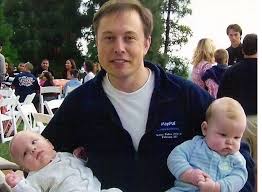 However, Xavier claims that part of the reason that she wants to change her name is to distance herself from her biological father, who has been accused of having transphobic views over the past several years.

Neither Elon Musk nor Justine Wilson, Xavier’s parents, have yet to provide public comment on the new name (Vivian) and gender change.

TheNewsGuru.com (TNG) reports that the Tesla and SpaceX chief is attempting a $44 billion (£35.8 bn) takeover of social media platform Twitter.

Earlier this year, Musk declared his support for the US Republican Party, whose elected representatives support a raft of legislation that would limit transgender rights in states across the country.

According to Xavier, part of the reason that she wants to change her name is to distance herself from her biological father, who has been accused of having transphobic views over the past several years.

Elon Musk Has been criticized for being transphobic in the past.

In a series of tweets dated December 2020, the Tesla founder reportedly mocked people who listed their pronouns in their online bios.

It would be recalled that Elon Musk was asked to apologize for his transphobic views. In one July 2020 tweet, Musk tweeted “pronouns suck,” but deleted the tweet after his then-partner, Canadian musician Grimes, confronted him about the tweet.

A few months later, in a series of tweets dated December 2020, the Tesla founder reportedly mocked people who listed their pronouns in their online bios. 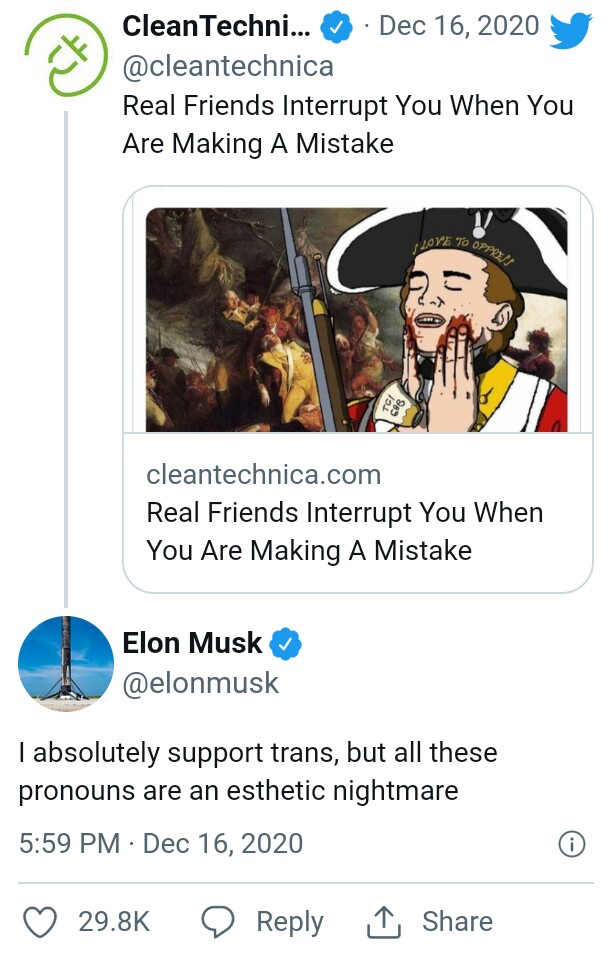 Musk’s tweet read “when you put he/him in ur bio” alongside a cartoonish picture of a soldier rubbing his bloody hands on his face. The soldier is wearing a hat that says “I love to oppress.”

After Musk was criticized for the tweet, he defended himself by tweeting, “I absolutely support trans, but all these pronouns are an esthetic nightmare.”

He then tweeted out that Tesla had the number one ranking on the Corporate Equality Index, which is an annual list of the best places for LGBTQ people to work.

The Human Rights Campaign, a charitable organization that tries to provide equal rights for lesbian, gay, bisexual, and transgender people, called on Musk to apologize for mocking the use of pronouns.

“No benchmarking tool can fully account for the day-to-day experiences of LGBTQ workers. The CEI criteria alone are necessary foundations for LGBTQ inclusion but do not represent the entirety of what it takes to ensure a fully inclusive and welcoming environment,” they continued. “The CEI is not a cover for poor personal behavior, and HRC condemns Musk’s tweets mocking pronouns.”