Trip is targeted at raising funds to fight polio 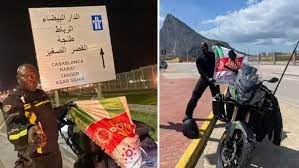 Nigerian national , Kunle Adeyanju, who is on a mission to travel from London to Lagos by road through bike  has now landed in Africa.

The gesture which is meant to raise funds to tackle polio and other challenges facing African countries.

Adeyanju  who left the shores of London about two weeks ago  is in  Naouadhibour, Mauritania as of Monday May 2nd.

In a post on Monday, May 2, the relentless rider said the ride would be his longest since he started out on the journey.

He said he took him 24 hours to navigate  Laayoune to Naouadhibour, covering more than 1,000 kilometers.

Kunle revealed that he got to his present destination two days ahead of time.

He went ahead to say that before going to bed the previous night, he read a book that spoke about the limitations people place on themselves.

He revealed that reading the book made him change his set out plans and that helped him reach a certain destination two hours ahead of time.

He added that he left by 6am instead of the scheduled time of 9 am.

He said it took him almost two hours to cross the Mauritania border. He said he travelled through the Sahara desert all through.

Kunle revealed that when he stopped and wanted to make a video in the desert, solders who passed by him laughed and wondered if he is okay because of the uncanny nature of the Sahara.

@OlukoyaQ said: “Been so worried we haven’t hear from you since last Thursday or so.. what a relief this is. I salute your courage sir.”

@victoriousEbube said: “1002 kilometers under 24 hours? That is like traveling from Lagos to Maiduguri.”

@owonatty replied: “Lagos to Maiduguri is 1600kilometers which can be done in 24hrs as well. It all depends on one’s strength and good roads to ride on!”

Adeyanju has embarked on the trip from London to Lagos to help charity in respect to stopping polio in Africa.

@owonatty replied: “Lagos to Maiduguri is 1600kilometers which can be done in 24hrs as well. It all depends on one’s strength and good roads to ride on!” 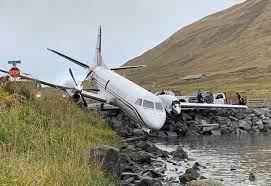 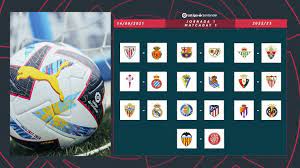 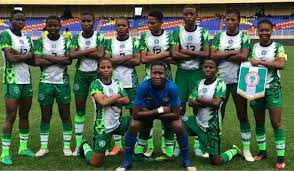 [Devotional] IN HIS PRESENCE: Stop running and fight back