Home » Trending » What you didn’t know about Prophet T. B. Joshua

What you didn’t know about Prophet T. B. Joshua 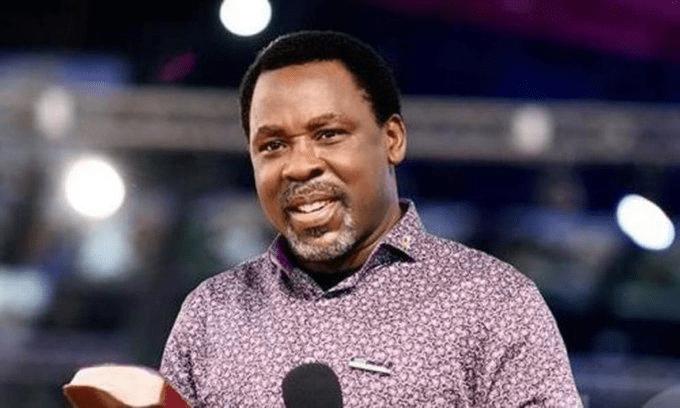 Prophet T. B. Joshua, the leader and founder of the Synagogue Church of All Nations (SCOAN) died on Saturday night, throwing members of his ministry into a sad mood.

TheNewsGuru.com (TNG) reports all the flags adorning the SCOAN in Lagos State have been lowered at half mast on Sunday.

Meanwhile, here are things you may not know about the revered man of God.

Senate observes one minute silence in honour of T.B. Joshua

CAN speaks on T. B. Joshua’s death

According to his official biography, unusual circumstances surrounded his birth.

Prophet Joshua said he spent 15 months in his mother’s womb.

He narrowly avoided death after a quarry explosion near his house sent rocks through its roof just seven days after his birth.

It is also alleged that Joshua’s birth was ‘prophesied’ 100 years prior.

Joshua, then known as Balogun Francis, attended St. Stephen’s Anglican Primary School in Arigidi Akoko, Nigeria, between 1971 and 1977, but failed to complete one year of secondary school education.

In school, he was known as “small pastor” because of his love for the Bible. He worked in various casual jobs after his schooling had ended, including carrying chicken waste at a poultry farm.

He organised Bible studies for local children and attended evening school during this period.

Joshua attempted to join the Nigerian military but was thwarted due to a train breakdown that left him stranded en route to the military academy.

He ran the Emmanuel TV television station based in Lagos.

He died on the 5th of June in his home in Lagos shortly after teaching on Saturday night.