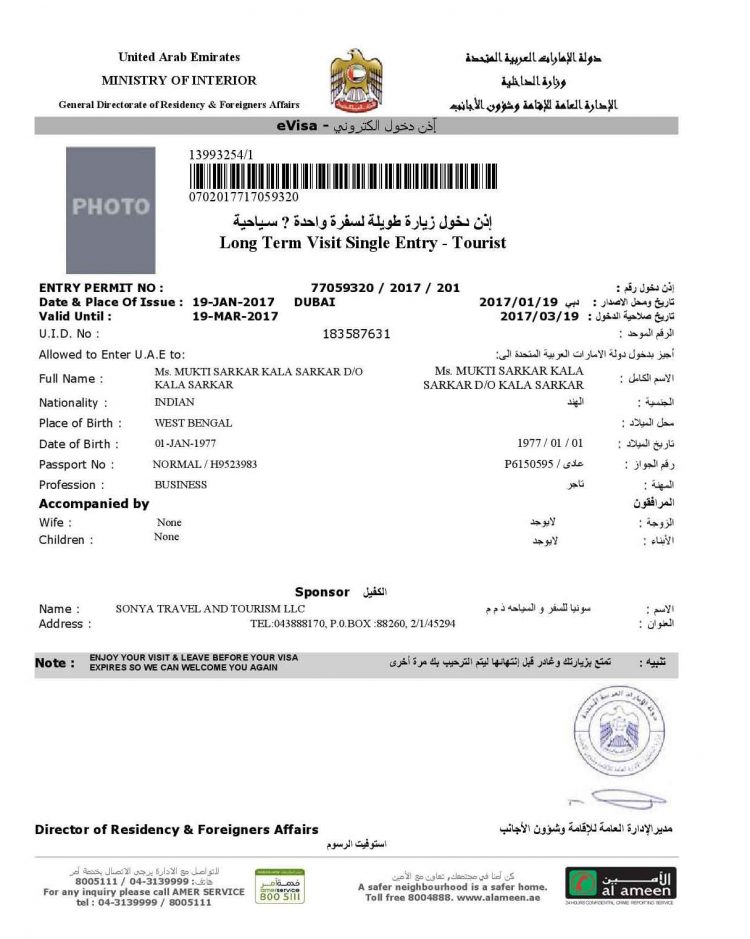 The United Arab Emirates (UAE) has announced the introduction of a multiple-entry tourist visa scheme valid for five years for all nationalities.

Dubai, the country’s commercial city, is one of the favourite destinations of Nigerian travellers.

Mohammed Bin Rashid Al Maktoum, vice-president and prime minister of the UAE and ruler of Dubai, announced the development on Monday after his first cabinet meeting for the new year.

Maktoum said the move is part of plans to turn the Gulf state into a tourism hub and to establish the country as a major global tourist destination.

Prior to the extension, tourists could only get a 30-day or 90-day visa duration, depending on the country.

According to the prime minister, the UAE receives 21 million visitors annually.

“I chaired the first meeting of the Council of Ministers in the new year … We reviewed the achievements of a year ago … Our plan for a new year has come … The year 2020 will be a different year because it is the year of preparation for its fifty .. the year in which we design the future emirates”