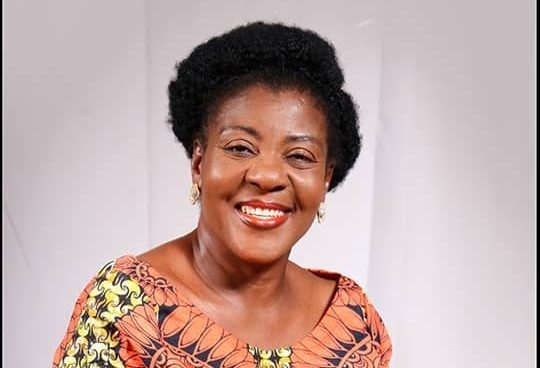 Paternity fraud or scandal has been trending for a while with the scandal of the Bank Executive who begot kids from another married woman.

It has been alleged that the woman’s husband died as a result of the paternity fraud. And just few days ago, a high court judge called a press conference to declare that the three children from his former wife had been discovered not to have been fathered by him. Thanks to DNA test.

Many people have been alleging that there is a lot of paternity fraud in the system thereby calling for more DNA tests.

The way DNA test is being linked to confirmation of the paternity of a child, one would think DNA tests are just for paternity issues only. It is also for maternity confirmation.

Yes, we have maternity fraud among us and it looms big time. With the increasing activities of baby factories, and the trafficking of girls, many children are ending up in the hands of strange women. Check out the rate at which girls are being trafficked, and the increase in the baby factories. Babies are being bought and sold almost on daily basis in Nigeria.

It was brought to the public attention that even girls in IDP Camps in Nigeria are being trafficked, and they end up in baby factories. We all know that within the IDP Camps it is a struggle to survive; as the internally displaced persons are not having enough to eat. This background of hunger and want makes these internally displaced girls in the Camp vulnerable and easy prey for traffickers. These traffickers who promise them good paying jobs in the cities only end up dumping them in baby factories.

An example is the news from Madinatu IDP Camp in Maiduguri where, desperate for what to eat, and for better living condition, some girls in the camp fell into the hands of traffickers.

The girls were made to believe that they were going for a well paying job in a company. The girls were later to find themselves in a baby factory where men were brought in to impregnate them, and the babies taken away from them.

It is true that we may not be able to place a hand on the accurate number of babies bought and sold in Nigeria. Of the about 750,000 to one Million persons estimated by the United Nation as being trafficked annually in Nigeria, 75% of those trafficked are said to be trafficked across states in Nigeria, 23% are trafficked within States, and only 2% are trafficked outside the country. The majority of the internally trafficked girls end up in baby factories where women go to buy babies.

Some of these baby factories mask as orphanages and maternity homes while their real stock -in-trade are babies.

Some women, desperate to have babies, actually and knowingly go to such places that parade as orphanages to illegally acquire a baby at exorbitant price. While those baby factories that masquerade as maternity homes make the women to believe that they are pregnant. They are given body bloating injections or fluids.

One interesting thing about this is that the baby will only be born when the operators of the ‘maternity home’ determine, and when the fees are paid to the full. Once the child is ‘born’, the woman must leave immediately with the baby. Many women ignorantly fall for this. Now, this method trends real good.

In 2006, through their Policy Paper 2006, UNESCO revealed that these baby factories were found only in Abia, Lagos and Ebonyi State. Now, it is almost all over the country.

Do not be surprise that the same DNA test that denounced paternity could also denounce maternity. This was the shock of a friend’s brother who later discovered, through DNA of course, that he was not the father of ‘his’ three children, neither was the wife their mother. So when next the DNA test reveals paternity fraud, please test also for maternity; that too could be fraud. Now you know.

Exodus of the next generation; time to be concerned – By Dakuku Peterside

Prayer for Nigeria at 62 – By Femi Aribisala