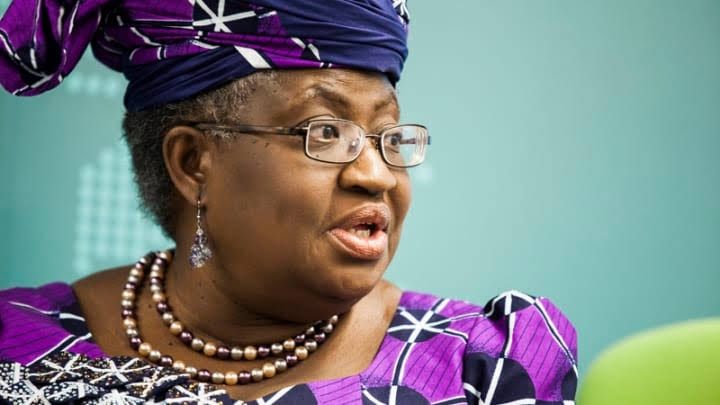 She is a bold name member of the Nigerian diaspora — here in the United States, and globally.

She is a catalyst for progressive change and innovation in the financial centers of the world — especially in development economics.

Ngozi Okonjo-Iweala, PhD., is the quintessential technocrat who also understands the daily grind of life and living, She is both remarkable for her scholastic achievements as much as for her governance experience.

The certainty of her manner of speaking and fact-wise content of her policy expositions have combined to make her one of the most sought after economists in the world. Evident is the fact, too, that she sits on the boards of several corporations, and offers advisory and management ideas to organizations.

Nigeria’s former finance minister Ngozi Okonjo-Iweala was appointed to the board of Twitter, in July 2018..

Why is she in the news, this time?

All things being equal — as her fellow economists usually say on matters of demand and supply — she will this February 2021 make history, again.

She is on track to become the first person of African heritage and the first woman to hold the top position of director-general of the World Trade Organization (WTO).

Okonjo-Iweala has been listed as one of the 50 Greatest World Leaders by Fortune magazine in 2015; and has been featured as one of TIME magazine 100 of the World’s Leaders!

The position opened with the sudden, early exit of the man who was there; he left since August 2020. Then the notorious Trump Administration blocked her from moving into the position after she was nominated by the Nigerian government.

Then, last Friday, her major opponent for the position dropped out of the running. She got the critical nod of the American government now led by Joe Biden and Kamala Harris. In a sunny signal toward the nomination, an official of the U.S government wrote that “The United States takes note of today’s decision by the Republic of Korea’s Trade Minister Yoo Myung-hee to withdraw her candidacy for Director General of the World Trade Organization (WTO). The Biden-Harris Administration is pleased to express its strong support for the candidacy of Dr. Ngozi Okonjo-Iweala as the next Director General of the WTO”.
Long before this support, some of the WTO key members/blocs, such as China, the European Union, the African Union, Japan and Australia had indicated their support of Okonjo-Iweala.

Also, she has a strong network of influential friends — largely amassed during her 25 years at the World Bank.

Mrs. Okonjo-Iweala whom I met and chatted with, briefly, in Maryland during an event by her alma mater Queens School Enugu (Nigeria), almost 10 years ago — has been a major reference point for inspiration and ra ole model for millions of women. Especially, while she was the Finance minister and the Coordinating Minister of the Economy in Nigeria.

She was Minister of Finance under President Goodluck Jonathan. From July 2003 – June 21, 2006, she held the same position under President Obasanjo. She was appointed into a new position, Coordinating Minister for the Economy, August 17, 2011 – May 29, 2015.

January 2016, she was appointed the Chair-elect of the Board of Gavi which is involved in provide coronavirus solutions.

Bob Zoellick, World Bank’s ex-president, is one of the heavyweight friends of the public finance specialist. He wrote a memo to World Bank employees on July 8, 2011, where he commended her for, among other things, pushing African economies to greater reliance on open free-market positions. He noted that “Along with her oversight of the bank’s work in Africa, South Asia, Europe, and Central Asia, and Human Resources, Ngozi has played a pivotal role in overseeing the Bank’s work to help countries hurt by high and volatile food prices…. with Ngozi’s leadership, we put together a food crisis response fund to allow for fast assistance to countries in need. It has helped more than 40 million people in 44 countries.”

Two of her most recent books are ‘Fighting Corruption is Dangerous : The story behind the headlines – A frontline account from Nigeria’s former finance minister, Ngozi Okonjo-Iweala, of how to fight corruption and lessons learned for governance and development’ — published by MIT Press, (2018) and ‘Reforming the unreformable : Lessons from Nigeria’ (First MIT Press paperback ed. (2012)

Hopefully, she will begin work at the WTO next week to help create fairer trade relations between African countries and other parts of the world. At another level, it will be new heights of inspiration for many girls. Remember that one of the most influential women of the 20th century, Hillary Clinton, did say, regarding an entirely different issue: ”To all the little girls who are watching this, never doubt that you are valuable and powerful, and deserving of every chance and opportunity in the world to pursue and achieve your own dreams.”

Okonjo-Iweala has been listed as one of the 50 Greatest World Leaders by Fortune magazine in 2015; and has been featured as one of TIME magazine 100 of the World’s Leaders!
—————
Dr. Chido Nwangwu, the Founder of USAfrica multimedia networks and public policy organization since 1992 in Houston, established the first African-owned, U.S-based newspaper published on the Internet USAfricaonline.com. He served as adviser on Africa business to the ex-Mayor of Houston, Dr. Lee P. Brown. Chido is the first continental African to be admitted to the 100 Black Men of America. He is the author of the February 2021 book, MLK, Mandela & Achebe: Power, Leadership and Identity. In July 2017, he was issued a U.S. Congressional Recognition for USAfrica’s 25 years. Chido has been honored by the Washington-D. C.based National Immigration Forum for utilizing multimedia to fight authoritarianism and foster freedom of expression in parts of the African continent.
He has been profiled by the CNN International for his pioneering works on multimedia/news/public policy projects for Africans and Americans. [email protected] follow @Chido247