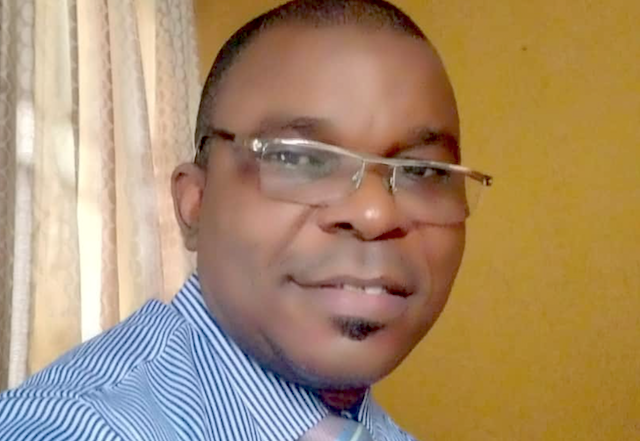 His name is Ramon Olorunwa Abbas. At least he has a real name. But the world knows him as Hushpuppi, the Nigerian disingenuous internet scammer recently convicted in the US. For many people, Hushpuppi faces an inconsequential future, but current developments in Nigeria towards the 2023 elections suggest that there may, after all, be a silver lining for him. Since Aso Rock, Nigeria’s seat of power, has become a place of reward for diverse criminality and perfidious indulgences, Hushpuppi may as well celebrate. Why should he celebrate? Simple – he comes from a country where criminals can, without shame or any modicum of honour, aspire to the highest office in the land with audacious impetus and daring temerity. After returning home, he can recruit foot soldiers, lawyers, senior advocates, junior advocates, journalists, lecturers, and spokespersons to launder his image. The notorious Evans the kidnapper can also try his luck. The Nigerian terrorist and suicide bomber Farouk Abdulmutallab also stand a good chance as a Vice-President. All the criminals in Nigeria, past and present, have the potential to become political heavyweights in the future. That is where we are in Nigeria now. The totalizing apparatus of immorality in the country can be homogenised and distilled into a single entity – political power. It has gradually become part of our political culture – to celebrate criminals in politics.

The above scenario sadly captures the pitiable heights Nigeria’s politics has attained. It reflects the country’s unhindered descent to disgrace and inglorious immersion in the depths of reproach. Some politicians are aware of the mental corrosion ravaging many citizens therefore they are maximizing the situation and capitalizing on the people’s collective naiveté. These politicians, (let’s call them politicians for the sake of decency) devoid of any shred of rectitude, having stripped Nigeria’s political space of all ideological substance by which organized societies are structured, promote their gospel of chicanery, greed, and bottomless capacity for roguery. Given this kind of scenario, Hushpuppi has the potential to hit the limelight in Nigeria despite his travails in the US. Assuredly, many people will be willing to polish his image and justify his qualification to aspire to the highest office in the land. It will only cost him money. For a sweet portion of porridge or the promise of one, many Nigerians, among them, respected members of the intelligentsia will throw decency to the gutters and attempt to defend the indefensible. After all, Hushpuppi helped many people to build houses, marry wives, and gave them loans to take care of their problems. Therefore, the future of the country must be sacrificed to compensate him for helping people with proceeds from crime.

What has Hushpuppi done that has not been done before? He scammed some people and took their money. Place it side by side with dealing on hard drugs or even keeping the proceeds of hard drugs for drug barons. Scamming people and dealing on drugs, which is graver? Look, Hushpuppi has not done the unthinkable and can aspire to become the president of Nigeria. For example, I can volunteer to go to national television and explain that forfeiture means the government of the people by the people and for the people. No, that is wrong. I can say that forfeiture is the process by which green lights manufacture food in the presence of sunlight. Does that sound familiar? I am sure my constituency, the academic community will disown me. Okay, jokes apart, the situation in Nigeria calls for a national emergency. On what grounds will Nigerians shout Hushpuppi down if he indicates an interest to be the president of Nigeria? Will INEC have the moral courage to disqualify Hushpuppi if he buys a presidential nomination form? I can attest that Hushpuppi has the war chest to fund any kind of campaign to any political office in Nigeria. Is it all over for him yet? I don’t think so. Party delegates are there to be bought. It has happened before. There is an existing template for re-enactment.

Ordinarily, the mention of a man’s name associated with fraud should soil our memory and mutilate our collective sensibilities. But in Nigeria, we are different and that is why I think Hushpuppi has a big chance. Nigeria’s political hemisphere can accommodate all manner of characters as long as they have the financial muscle to compromise a section of the press, the ignorant but educated populace, and like-minded criminals. I still insist that Hushpuppi is a suitable presidential material but only in Nigeria. The day he will return to Nigeria, a mammoth crowd will wait for him at the airport. Market women will be forced to be there in thousands. Schoolchildren will also be there. Here comes the next biggest thing in Nigeria. As he descends from a private jet, chants of “on your mandate we shall stand” will split the air. At least Hushpuppi is still young therefore will not have any difficulties walking or need anyone to support him as he glides along the tarmac. He will make a nice president. He is the future answer to Nigeria’s myriad of problems. He is a genius.

I am sure many people reading this piece will be wondering if Hushpuppi is really qualified to be Nigeria’s president in the future. Such people will be wondering about his educational background, place of origin, in fact, his entire genealogy. I think it borders on material foolishness and absurd stupidity to demand to know the origin of a presidential aspirant. What kind of nonsense is that? He has told us that his name is Ramon Olorunwa Abbas alias Hushpuppi, end of story. He has told us he schooled at Government College Ikorodu – what else do we want? I think he also said he went to UNILAG. No, it was UI. No, it was UNIBEN. No no. It was a diploma programme he did in UNIPORT but that was after he made a First Class in Computing Technology and Horoscopic Accounting at UNIJOS, so what else do we want? Any attempt to substantiate these claims will be termed witch-hunting and any further questions about these issues will never be tolerated. Hushpuppi is eminently qualified to be Nigeria’s president anytime he returns to the country. Political Scientists should please come up with a name for government by criminals with a fraudulent past. This is important to enrich our political lexicon in this part of the world.

Nigerians should ask themselves without bias or prejudice of any complexion irrespective of political persuasion, whether it is proper to support someone who has a criminal, fraudulent past verifiable through a court-issued document. Is it proper to set a dangerous precedent by allowing and excusing someone with a criminal, fraudulent past to even aspire to the highest office in the land? Are Nigerians unconsciously sowing a seed that will destroy future generations by turning a blind eye to evil? I have criticized Hushpuppi in the past in some of my essays but how would it sound if I become his spokesperson in the future, defending him with all my life and deploying my entire linguistic and literary prowess to explain away an obvious oddity because of pecuniary accoutrements? Every Nigerian should stand up and ask these important questions. The seeds we sow today will germinate and we must be prepared to reap the fruit of our labour. Surely, Nigerian criminals in all parts of the world who have made money through illicit means will be salivating at the prospect of vying for and occupying political offices in the land. But the big question is – will the US, in all their grandiose democratic posturing, support the enthronement of a government that oozes immoral, fraudulent baggage? The history of American politics and their engagements around the world do not support that logic. Go and verify.