Home » Columnist » Rape Pandemic: The fault is not the absence of relevant laws – Ozioma Onyeweaku 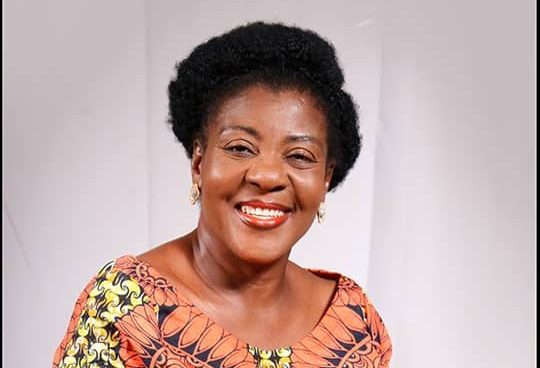 While we are battling with how to contain the COVID-19 pandemic, some elements in the society are busy creating more agonizing situations.

God have mercy! There is even a new dimension to the rape incidents: the killing of the victim to cover up the track.

Nigeria must conquer extreme poverty, inequality before it overruns us – Rotimi Amaechi

So sad! Worried by these incessant cases of rape, some people are pushing for a law providing for stricter punishment for the rapist as a way of curbing the menace. This is understandable because the rate at which rape cases increase tends to suggest that there are not enough laws punishing the offender, and protecting the citizens.

It is my considered opinion that the escalation of rape is not due to the absence of relevant laws but in the weakness in the implementation of the laws. The truth remains that Nigeria is very good at making impressive laws.

Where we are found wanting is in the implementation of those laws. The slow wheel of justice is one great constraint that limits the efficacy of the law with respect to sexual abuse.

Starting from the Police station where the victim could be harassed and even blamed for being raped, and the financial demand for ‘Report &Action’, to the court where the case could drag on for years. Most of the times the investigating police officer (IPO) would have been transferred to another state or be sent on special duty. All witnesses would have lost interest.

The complainant becomes frustrated and abandons the case. Then the lawyer for the accused applies for a striking out of the case. The case is struck out. There goes free a rapist whose freedom would boost his morale to look for another victim.

As Marcus Tullius Cicero puts it, “the greatest incentive to crime is the hope of escaping punishment.” The mere knowledge or belief that they can capitalize on our weak system and escape punishment is what is growing the activities of the rapists.

I remember vividly a case of a two & half-year-old girl that was sexually molested few years ago. The witnesses and neighbors were trooping to court each court day until the adjournments became too many and they started losing interest until none of them was coming. The case lasted for not less than 4 years. It was eventually struck out because the prosecutor that was later reassigned to the court did not report to duty.

So absence of the prosecutor was the reason for the striking out of the case. Immediately the case for struck out, the accused person and his surety changed their base, and phone numbers changed.

Every effort to trace the accused and his surety proved abortive. Till date, it still pains me the way that case went because the little girl pleaded with me to ensure to “beat brother (that is the accused).

Mummy, please push him inside gutter for me because he made this place (pointing to her private part) to be paining me” Well, I am happy that Lagos State has taken bold and proactive steps in its resolve to maintain zero tolerance of sexual abuse in the state. The creation of special courts by Lagos State government for sexual abuses and domestic violence has ensured that such cases are disposed off speedily.

I commend Lagos State government and the Lagos state judiciary. One other militating factor is the culture of silence which grew out of societal attitude and stigma. People fear the stigmatization that follows a report of rape. “Who will marry a girl that has been raped; why not keep it to yourself?”, well-meaning friends and relatives would advise. The secrecy with which the issue of rape is handled fuels sexual abuse.

Also our society has not grown to the stage of seeing the giving out of information in this regard as a social responsibility. However, I am happy that the silence culture is gradually being broken.

Some people now damn the stigma and report sexual abuses. Some are also recognizing such reports as social responsibility even when they are not involved.

A case in point is the report made by well-meaning citizens that led to the recent arrest of a 23-year-old man who was seen deeply sucking the lips of his three-year-old step sister. Such vigilance on the part of everyone is required if we must curb sexual abuses in our society.