The Nigerian political atmosphere is becoming darker – By Godwin Etakibuebu

by Godwin Etakibuebu
in Columnist
Reading Time: 6 mins read
A A
0 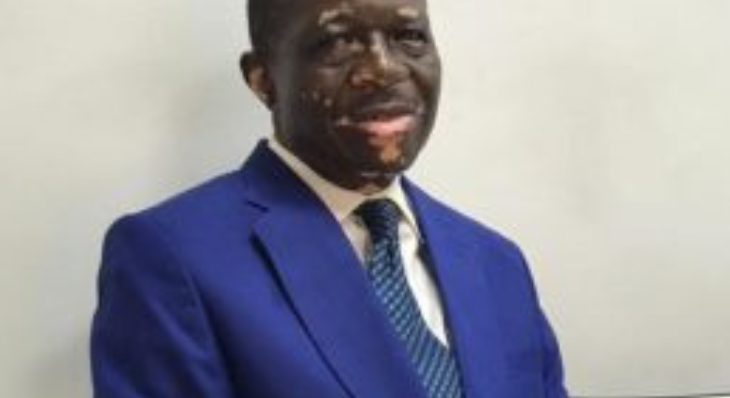 I have not been.

And, for sure, l shall never be.

A prophet of doom.

I have always lived my life, physically and spiritually, very positively about everything.

The political oracle; if there is any identifiable one, might even not be able to be more forthcoming with the darkened political weather in Nigeria currently. If it looks that much for any oracle to interpret, then you will be willing to forgive this writer. He is nothing but a mere Political Technocrat. And for every individual, there is always limit of endeavours.

Let us take some cursory interpretation of a few things happening around us. We just have to be very positive in doing so. Or, succinctly put, let us be exclusively objective, though the word ‘objective’ itself is ‘subjectively’ in detailed diagnosis. But we can, for the purposes of this discussion, chose to be conspiratorial, of the few things we should be looking at.

Which is the best way to start than to begin with the quality of the campaign ushering in the 2023 General Elections. How qualitatively cogent and eruditely attractive are the issues being canvassed by the personae dramatis in the narrative route to the general elections? Are the campaigns any issue related or based?

Will all of us in Nigeria, even across the frontiers of this country, be falling into a major camp of conspiracy by saying that the political permutation, as we see it today, are not far from issues based?

What we have in our hands; at each point of campaign discussions, across all the major political parties, is nothing but abusive languages on each other. They; the campaigns, are nothing but campaign of calumny. They are looking so much like campaign of gangsters.

Coming with the first day of the campaign, even before the campaigns started properly, revelations about criminality lifestyles of the upper-class runners of the politicians have been made public – one against the other.

It is so bad that hitherto securely protected criminal lifestyles of the front runners of the two major political parties – APC and PDP, are now common knowledge to babies that are just born. It is even an obvious fact, as a friend of mine in the United State of America put it to me while discussing the issue a few days ago that “unborn Nigerian children shall know all Nigerian big thieves before they are born, because they [the unborn children] are now hearing the narration from their mothers’ womb”.

Can any person, in all sincerity, say that the Nigerian political atmosphere is not becoming darker on this issue?

The departing president of Nigeria; Muhammadu Buhari, is another “bend corner of the road” in the plaintive narration into our future. More critically on Buhari’s narration is the difficulty of finding a way of fixing his “bend corner”.

Here is a President that will go to sleep whenever the country he is elected to governor is on fire. He would sleep so deeply that most of us would be thinking that he has travelled to a place no ordinary mortal can reach. That would be the time that the wife – Hajia Aisha, will not even be available to help Nigerians in crossing over to the “ozer” room to call him.

Take for example, the case of the Governor of Central Bank of Nigeria [CBN] – Godwin Emefiele, who has been accused of “sponsoring terrorism financing and great economic crimes against Nigeria”, by the Directorate of State Security [DSS]. In fact, the DSS embarked on arresting Godwin Emefiele but for the judiciary that stopped the operation more for its illegality.

Where is President Muhammadu Buhari in this melodrama? This is not the first time he is displaying this character. It is his way of doing things – albeit strangely, unofficially, and oddly too. Here is a man that would appoint ministers and the ministers he so appointed would torpedo the Nigerian ship, Buhari would not say a word, in either queuing, disciplining or sacking the minister taking Nigeria to hell. He will opt to go for a very deep sleep at such times, and always.

Take a look at this comparison of event below, as it happened in 1977 and how the same event is playing out in 2023 – 46 years after. This will also help us to know more about the man; Muhammadu Buhari.

On June 7, 1977; 46 years ago, a front story headline on the Daily Times, quoted Colonel Buhari as assuring Nigerians, on the crisis of fuel in the country then, and this is what the Newspaper quoted him as saying: “FUEL CRISES MAY BE OVER NEXT YEAR”, with a subheading rider that says: “we rely on foreign firms for figures”.

Or don’t we – Nigerians, know how much President Buhari hates corruption, with his advocacy that Nigeria must kill corruption before corruption kills the country?

Yet don’t we know, in the other hand, how much our dearly cherished anti-corruption Czar President now presides over one of the most organised and syndicated corrupt government this country ever seen?

And do you want to say that this is not translating to a darker political atmosphere over Nigeria?

If there is any Nigerian that would say that the political atmosphere over Nigeria is not becoming darker, such Nigerian must either be a very sick person – suffering from “concentrated dementia” or be part of the instrumentality that helps in darkening the political cloud; a cloud that is pushing Nigeria faster to a precipice.

Or in a position where we may be having front political parties’ contenders for this February 25th, presidential election being fully qualified for total disqualification, for reasons of their alleged nefarious acts of the past, that someone will say that the political atmosphere over Nigeria is not becoming darker?

Of course, there are many other topical issues that identify the depth of how deep corruption  has sank Nigeria into. For example, the argument of whether the Federal Government increases fuel pump price or not would remain neither here nor there. Facts remained solidly proven that the Federal Government of Nigeria and its Agencies in the Petroleum Sector continue to defraud Nigerians on daily basis in many ways.

Facts on ground, based on most recent finding show that while the syndicated Cabal presiding over the finished product [PMS] rakes N200.9 billion monthly from our connective commonwealth, those crook officials presiding over the Nigerian Crude Oil sector gather for themselves nothing less than $US70,000,000 daily.

The issue therefore couldn’t have been the increase from N165 to N185 or otherwise. That begs the predicament of the Nigerian citizens. The issue is whether there shall be hope for Nigerians for a qualitative leadership after going through the rituals of 2023 general elections?

Because the issue and the challenge are that of leadership!

You can also listen to this author [Godwin Etakibuebu] every Monday; from 0930 – 1100 hours @ Lagos Talks 91.3 FM live, in a weekly review of topical issues, presented by The News Guru [TNG].