by Bartholomew Madukwe
in Crime Watch, Nigeria
Reading Time: 1 min read
530 39
A A
0 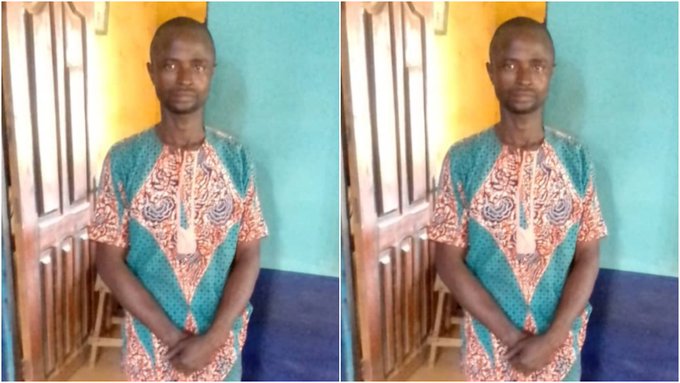 Shittu, who lives at Hallelujah Street, Ifo area of Ogun State, was apprehended by the police after his wife reported at Ifo division that Shittu had been forcing the minor to sleep with her for three years.

The Ogun State police spokesperson, Abimbola Oyeyemi, said the wife informed the police that “her cousin, who lives with them informed her that her husband, Idowu Shittu has been forcefully having sex with her for the past three years, and when she can no longer bear it.”

According to Oyeyemi, the cousin, whose mother died when she was a toddler, had told the woman that she had been enduring the sexual molestation because she had no other place to go should she be sent out by the suspect, saying “he used to threatening whenever he wants to have his way with her.”

It was gathered that DPO of Ifo division, CSP Kehinde Kuranga, having been briefed about the case, detailed his detectives to the scene where the suspect was arrested.

“On interrogation, the suspect confessed to the crime, but pleaded for forgiveness from the little girl,” Oyeyemi said on Sunday, adding that the Commissioner of Police in Ogun, Lanre Bankole, has ordered the immediate transfer of the suspect to the State CIID for further investigation and prosecution.