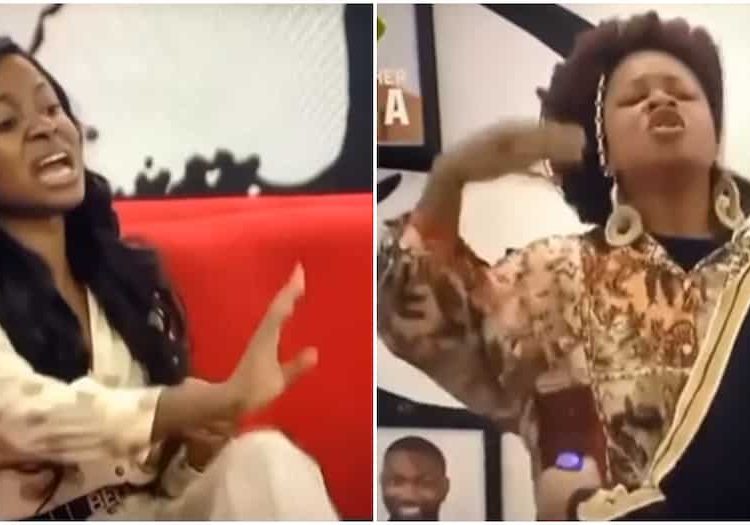 BBNaija star, Okagbue Chidinma, popularly known as Bella, has opened up to fellow reality star, Phyna, on being neglected after the latter won N100 million as the recent winner of the reality TV show.

Bella lamented that Phyna was not spending enough time with her during their South African trip.

Recall, Pepsi had rewarded all the Level Up Housemates with a trip to Cape Town as a result of their exceptional performance at Pepsi task.

In a new insta live video, in South Africa, Bella was heard lamenting about Phyna not spending time with her.

Bella said: “On this trip, you don’t have my time.”

Replying, Phyna said: “Wow Bella is jealous. You know what will happen, we are going to the hotel, we will come to you people’s room let’s drink” we are clubbing tonight.”

Recall that Bella congratulated Phyna on winning the Level Up edition. Some critics, however, claimed that the duo does not share a genuine friendship following Phyna’s disapproval of Bella’s relationship with Sheggz.

TheNewsGuru.com recalls that Phyna and Bella fought severally on Big Brother Naija but became close during the finale week.

The fight was quite epic and trended online after due to Phyna’s epic lambasting of Bella.

Phyna and Bella were involved in several fight in the BBNaija house.

During the BBNaija show, Phyna threatened to beat Bella before going on to troll her about her relationship with Sheggz.

Bella had warned Phyna should not dictate to her what to talk about in the lounge.

At that point, Phyna lost it and went for the jugular, saying she’s from the street and isn’t like Bella, that lies about being from England; she also poked her further.

In her words: “What are you doing in big brother house? You dey there dey collect you’re mad, you’re sick, from Sheggz, e say na love he’s changing. Idiot”