Keeping the dream alive: How Kunle, Gabriel, Aremu and Moji Afolayan are preserving their father’s legacy

by Kehinde Ajose
in Entertainment, Trending
Reading Time: 3 mins read
A A
0 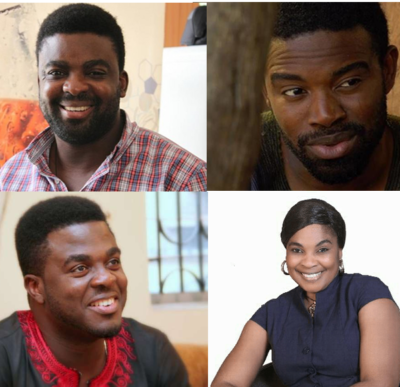 When Adeyemi Afolayan a.k.a Ade Love passed on about 24 years ago from stroke complications many were bothered about the preservation of his legacy. Amazingly, the actor and singer’s legacy has been kept alive by his children , Kunle, Gabriel, Aremu and Moji Afolayan .

According to reports, Ade Love’s “Ajani Ogun” was one of the first commercially successful Nigerian films. Some of his other notable works include “Taxi Driver 1 & 2” (1983 & 1987). Ade love produced eight feature films and composed a few songs, inspired by Indian movies.

The talented theatre practitioner was a man in love with telling visual stories from the scratch. His children continue to add value to the industry their father contributed to immensely.

While Ade Love was alive, he discouraged him from acting and filmmaking, Kunle found his way back to the art. He had initially taken his father’s advice and studied business administration at Lagos State Polytechnic before taking a job at a bank. But he couldn’t stay away from filmmaking for too long.

He got his first taste of acting as a ‘waka-pass’ on his father’s set but it was Tunde Kelani that gave him his first real acting gig. He featured on the highly acclaimed “Saworoide” in 1999, playing the role of “Arese Jabata”. He went on to feature in a few other movies, all the while working in the Bank until 2005 when he resigned. He had gotten an idea for a movie and decided to enroll in a course in digital film-making at the New York Film Academy.

In his words: “If you are a true artiste , you would constantly have a disturbed mind because you would want to surpass what you have done in the past. This means that your brain will consistently work to stay creative. Beyond that, a means of survival is key, especially if what you are doing is also what puts food on the table. For me, it is not just about being relevant, it is more about sustainability. I want to continue enjoying what I do but most importantly, I want my name to be synonymous with excellence. Of course, nobody can get it hundred per cent but if in a pool, you can work it out in a way that you are recognised, that is what I go for. So, anytime I am challenged, my brain just wants to do something that is different from what everybody else is doing.

Moji Afolayan – Olayiwola is Ade Love’s first daughter and his only child to play a real role in the late filmmaker’s movie.

Moji also released her first film, “Tojubole” in 2012. She frequently in Yoruba movies and is highly esteemed amongst her peers in that industry. She features in a lot of movies produced by her husband, Rasaq Olayiwola, popularly known as Ojopagogo. Some of her most popular movies include, “Orisa Opoki”, “Ikoko Emi”, “Se Ala Ni” and many more.

Handsome Gabriel is a revered actor in Nollywood.He got his first taste of acting in 1990 in “F Opawon”, a film produced by Baba Sala. But he became popular after his appearance in Tade Ogidan’s 2005 movie, “Madam Dearest”. His role as ‘Akin’ on Super Story’s “Nnena”, however, cemented his place in Nollywood.

He has featured in multiple movies, most of which are blockbusters. Some of his movies include, “Tatu”, “King Invincible” where he plays the role of Prince Adetiba, “Gold Statue”, and “Okafor’s Law”.

Gabriel also doubles as a singer with the name G- Fresh.

He has released songs like ‘Awelewa’, ‘Morenikeji’, ‘Kokooro Ife’ amongst others.

Aremu is the most outspoken and perhaps most controversial amongst the Afolayan children. He appeared in his first movie in 2007.

Speaking in a chat with Encomium, he said:” I didn’t join the movie industry because my father was an actor, but joined simply because I am in love with the profession.”

In 2014, he reportedly got married to an Abuja big gal known as Kafilat Olayinka.

He has appeared in movies like, “Idamu Akoto”, “Ahun”, “Gbajumo”, and “Omolakeji”. Just like all of Ade Love’s children, Aremu also dabbled into production releasing movies like “Ina” and “Ina Fitila”.