by Bayo Millz
in Entertainment
Reading Time: 3 mins read
A A
0 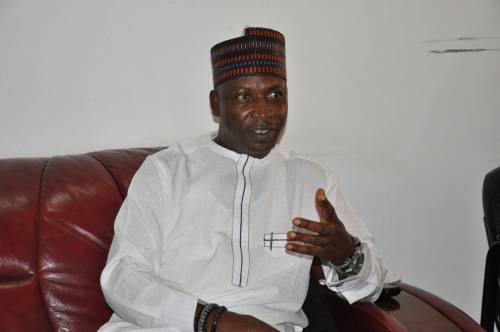 Alhaji Adedayo Thomas, Executive- Director, National Film and Video Censor Board (NFVCB), says Nigerian films are rated second in the world after Hollywood, attributing the success to the ongoing reforms in the industry.

Adedayo told the News Agency of Nigeria (NAN) on Thursday in Abuja, that the industry has made tremendous strides since independence.

He noted that in the past, American, Indian and Chinese films were the biggest players in film production globally, while Nigeria was struggling to have a share of the market.

Adedayo stressed that the recent reforms being carried out in the Nigerian film industry has played a pivotal role, and it is now rated as the second best in the world.

“Nigeria was struggling to have a position in the world, before now it was American, Indian, Chinese films, but now Nigeria is second in the world after Hollywood and everywhere in Africa it is Nollywood.

“We gave birth and provided a foundation for other Africans to learn, the Nigerian movie industry is a star to the world,” he said.

Adedayo attributed the giant strides being made to the policies and modalities put in place by the present government, which gave them freedom and innovations on how to form and project film industry to meet world standards.

“Before the policy, you will submit your film for censorship for two to four months; which may not see the light of the day.

“It became so cumbersome, but the moment we came in, it does not take us up to a week before certificates are issued.

“With this reform, we now have 200 screens all over the country and this is a great achievement of the president in the creative industry,” he said.

The NFVCB boss added that cinemas in Nigeria have grown from 18 to 60, adding that there is now a new cinema located at Mararaba, Nasarawa state with a capacity for 300 people.

He said the cinemas also have live stage performances with a 5,000 space capacity which would be launched in October.

Adedayo said that the board had engaged in training and retraining of staff on capacity building in order to strengthen and enhance their work in the industry.

He said that they usually interact with their colleagues in Kenya, Zimbabawe , Namibia, Tanzania, Uk, Europe and U.S. to achieve. desired results.

“Within two years, about 130 staff have travelled to other countries for collaboration in film festivals and we stand better now.

” There is no staff who cannot tell us what is going on in other parts of the world as far as film industry is concerned.

“We have offices everywhere in the world and movement and experiences have pushed us into high level of productivity.

“There is no staff that had not moved from one state to another because when you build your foundation it will give rise to a very sound edifice,” he added.

Adedayo stressed that in spite of the perceived disagreement over issues bordering on professional efficacy, between National Film, National censor board and other stakeholders, all the parties have now closed ranks.

He stressed that technology, welfare of staff and penalties for defaulters being too small were the major challenges facing the industry.

Adedayo said that the board would soon commence an online services, registrations and piracy team in collaborate with security agencies.

Similarly, the National President, Actors Guild of Nigeria, Emeka Rollas told NAN that the entertainment industry is now poised to compete globally due to the standards that have been entrenched.

“We are talking about 60 years of independence and Nigeria entertainment industry has done well over the last years.

“The industry has produced great talents and performances, and in the last 16 years we have improved technically to global standards and our talents can equally compete favourably on the global stage.

“Although we are still evolving, there are few flaws and trials over what the industry has done in the past 16 years, coming from poor background in terms of production, quality to global standards.

”It is a great achievement to the industry,” he said.

He added that financial institutions lacked proper understanding of the potentials of the industry, but stressed that they still have the opportunity to do better.

BREAKING:30 arrested as #RevolutionNow protest kicks off in Lagos

BREAKING:30 arrested as #RevolutionNow protest kicks off in Lagos