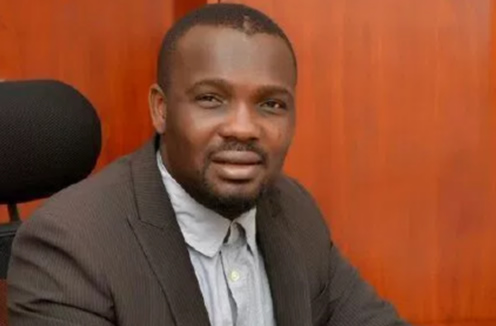 Nollywood actor, Yomi Fabiyi, has declared on social media that he is single and ready to mingle, after a marriage crisis with his estranged wife, Grace Jimoh.

Fabiyi made his search for a new bride to the multitude after the back-and-forth public disagreement with the mother of his child.

The actor stated that whoever has a spare girlfriend shouldn’t worry about whatever her past is as he doesn’t care because he believes change is a constant thing.

“I am single and ready to mingle.

“Who has a girlfriend they are not using or don’t know her value, ha ha ha.

“Don’t worry, whatever you know is HER PAST with you. Change is the only constant thing, I DON’T KNOW THESE PASTS, YOU DO. I will see a new lady. Caveat! YF”

Fabiyi also added that his fans can tag that babe anyone is no longer interested in or appreciates and he wants to date a lady in the industry if possible.

He wrote: “YA NAH. Tag that babe you don’t love again or appreciate, I don’t mind but must be ready to be in the industry if possible. Doubt if I can chase babe busy in an industry I am not so familiar oh. I don’t even know how to toast again.”

Recall that the mother of his last child, (Grace Jimoh) was said to have slept with him to help her acting career.

On his Instagram page, Fabiyi wrote, “This was how it started with Grace and I. Is this S$X FOR ROLE? Only a criminal or reckless journalist will not balance story before reaching a conclusion. You created a platform, violate people’s rights, gained traffic with people’s life, health, career.”

Responding, Grace wrote, “Yomi, why deleting some of the chat? When I sent the pictures, what was your response?”

Grace also alleged that the first time she did a video call with the actor, he showed her his genitals.

“The first time we did video call, what were you showing me? Someone you don’t even know, all you could do was start bringing out your private part. I immediately ended the call,” Grace alleged.

The duo welcomed their child, Korede, in February 2022.

However, three months after welcoming their son, Fabiyi ended his marriage with his second wife.