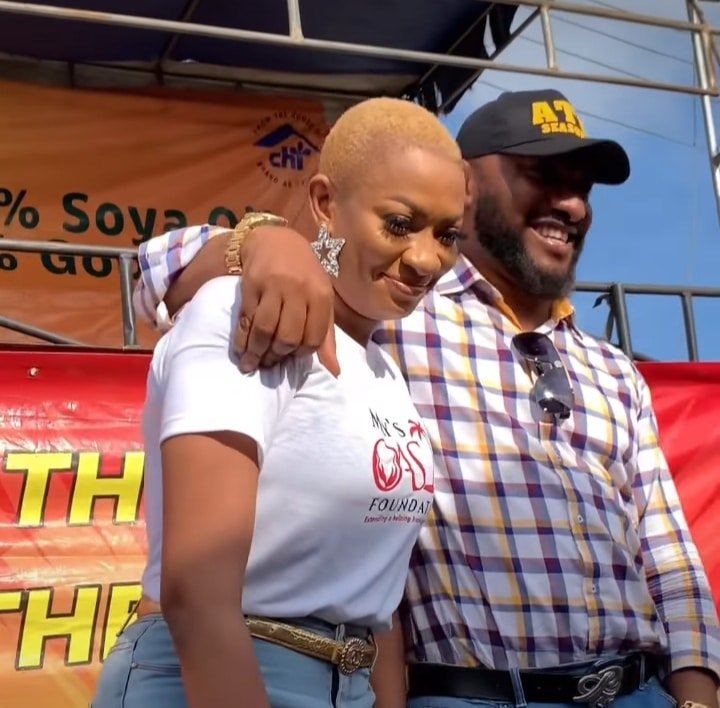 Nollywood actor, Yul Edochie,has thrown his weight behind the back of his first wife, May Yul-Edochie, as she launches her charity foundation.

It would be recalled that since the actor took in a second wife, a series of backlashes had trailed the family.

Yul and May Edochie have been married for over sixteen years.

Amidst speculations, Yul Edochie stepped out with his first wife at the official launch of her foundation, May’s Oasis; one which she first unveiled on her birthday.

Sharing the video on his Instagram page, the actor wrote, “At the official launch of May’s Oasis Foundation by my wife @mayyuledochie
I stopped by to support the good work they’re doing for the less privileged.
Thank you to everyone who supported and still supporting the Foundation.
God bless you.”

TheNewsGuru.com reports that May had recounted her experience with depression after the actor took a second wife.

In the video, she said, “Some people are saying May is using this to cash out. I don’t wish this against my enemy. Depression is real. And there are different stages of depression. For me, rather than dwell in depression, I decided to pick the pieces of the beautiful world I had, a very beautiful world that I had.”

“An amazing family that suddenly shattered and I decided to pick up the pieces and try to move on rather than dwell in depression. It has not been easy. I’m glad that I look happy and appear strong.”

“I’m glad that I have been able to go out there and do stuff. It is because of the love and support from my family and you guys. The love has been massive. These are the things that have kept me going.” 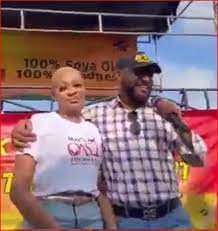 Recall that back in April, Yul unveiled his second wife and son on social media.

Sharing a photo of his son on Instagram, Yul wrote, “It’s time for the world to meet my son. His name is STAR DIKE MUNACHIMSO YUL-EDOCHIE. Born by my second wife @judyaustin1 And I love him so much, just as much as I love my other children.”

His announcement shocked many Nigerians as the actor is well known for his regular posts about his commitment to his wife and how she has stood by him.

A few days after Yul’s announcement, May thanked everyone for reaching out to her after the shocking news broke on the Internet.

“I sincerely want to appreciate everyone for the tremendous love, prayers and support from all over the world. It has really been overwhelming. You have all been an incredible pillar of strength during this trying period.”

“My phones are buzzing once again due to the OLD video trending online today. My family and faith ABSOLUTELY do NOT practice polygamy, although it works for some people,” she added.

In November 2021, May hinted at trouble in her marriage after she shared a cryptic message on IG.

She shared a photo of the Obamas in their early years and after becoming the US First Family, writing, “Never forget a woman who helped you to build yourself and stand by you by when you had nothing… if she was with you in hell, be with her in paradise.”