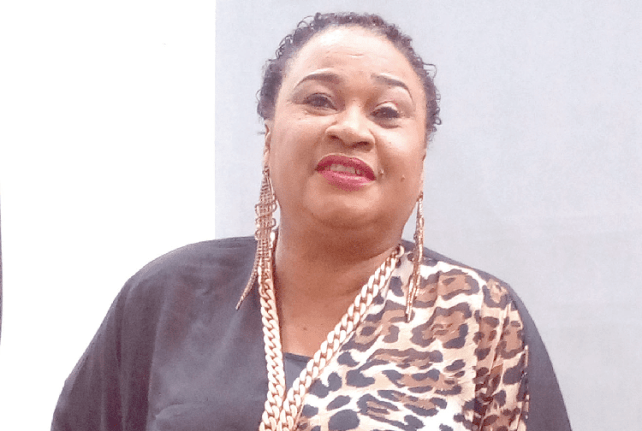 Cross section of lovers of both Yoruba and diverse language movies in Ekiti have described the sudden death of a popular actress, Rachael Oniga, on Saturday at 64 years, as shocking and devastating.

They spoke to the News Agency of Nigeria (NAN) in Ado-Ekiti, the state capital, in separate interviews on Saturday.

Mrs Mopelola Akanni, a retired School Mistress, said she sobbed, on hearing about the sad news.

Akanni said Oniga and few others in her rank endeared her family to films for many years by virtue of her unrivaled acting prowess.

She said the vacuum left by the late actress would be difficult to fill, considering her huge and steady contributions to the industry.

Also, Mr Lekan Oludayo, a public servant, who also described her death as unbelievable, said he took interest in Oniga whenever she featured in movies.
Oludayo said this was because she combined beauty with talent to thrill her viewers at any given opportunity.

He described her as both glamorous and creative, saying that watching her in films usually brought her comical reliefs.

He wondered how Oniga, born of Urhobo parents, always found it easy and comfortable playing critical roles in movies, with good command of the Yoruba Language and idioms, adding that her type were not many in the industry.

“You hardly can know she was Urhobo and not Yoruba. It was after many years that I later got to know that she was born Urhobo, but her parents are reportedly from Eku in Delta State. She was born in Lagos State and lived all her life there.

“She could even be rightly mistaken for a Yoruba woman as she acted in close to 100 Yoruba movies, at the last count, in her career life.

“My concern, however, is that she did not do much for her Urhobo race as I am not too sure she ever considered extending the frontiers of her rich entertainment to boost Urhobo image, as done for the Yoruba.

“No doubt, she was one of the best actresses in the industry,” he said.

Also reacting, a businesswoman, Mrs Tejumola Ajayi, said the late actress was a role model, and that she got attracted to Oniga on the basis of her decent lifestyle, devoid of waywardness common in the industry.

Commenting, a university student, Omolola Joseph, called for prayers by the practitioners in the industry and their fans, saying that this year had seen a serious loss of great people among them