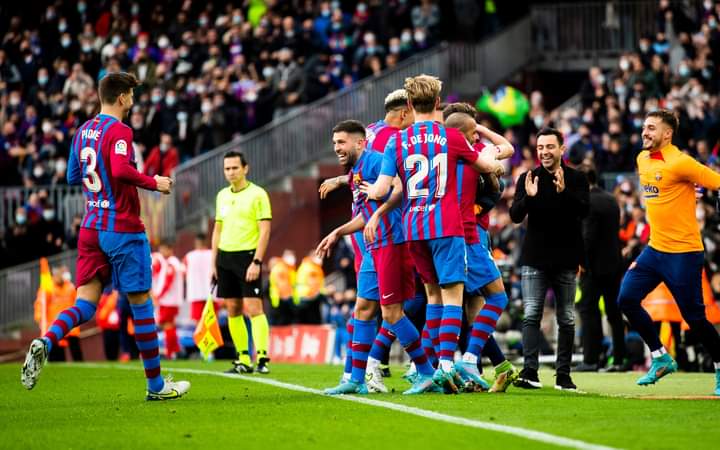 Ahead of the 2022/2023 season, FC Barcelona have given themselves a major financial boost that should see their salary cap increase significantly.

TheNewsGuru.com (TNG) reports the financial boost is coming after Barcelona sold 10 per cent of their La Liga TV rights for the next 25 years to an investment firm.

Last week, club president Joan Laporta promised to activate the “levers” that would ease FC Barcelona’s financial concerns, and Thursday’s announcement is the first such step.

Barca’s need for a financial injection was urgent due to their financial year ending on June 30.

Their accounts at the end of Thursday would have impacted the salary cap for the upcoming season.

To put that into context, six clubs had larger wage limits.

Real Madrid were top of the pile with a cap of 739 million euros.

That was ultimately the reason they could not sign Lionel Messi to a new contract.

But the capital injection on Thursday will allow Barca to end this financial year with a profit, thus ensuring a salary cap increase that should be significant.

The club are also expected to sell almost 50 percent of the Barca Licensing and Merchandising (BLM) part of the business, but that is now less urgent.

Speaking after the TV rights deal was announced, Laporta said: “We are activating economic levers and executing on our patient, sustainable, and efficient strategy to strengthen the club’s financial footing.

“Sixth Street is a proven supporter of football, an experienced investor across global sports and media, and a partner that will contribute significant knowledge and resources while allowing us to independently manage our operations.”

Barca are still yet to confirm the arrivals on free transfers of Andreas Christensen and Franck Kessie, who have been strongly tipped to join.

Thursday’s news should allow the club greater room for manoeuvre in the transfer market.