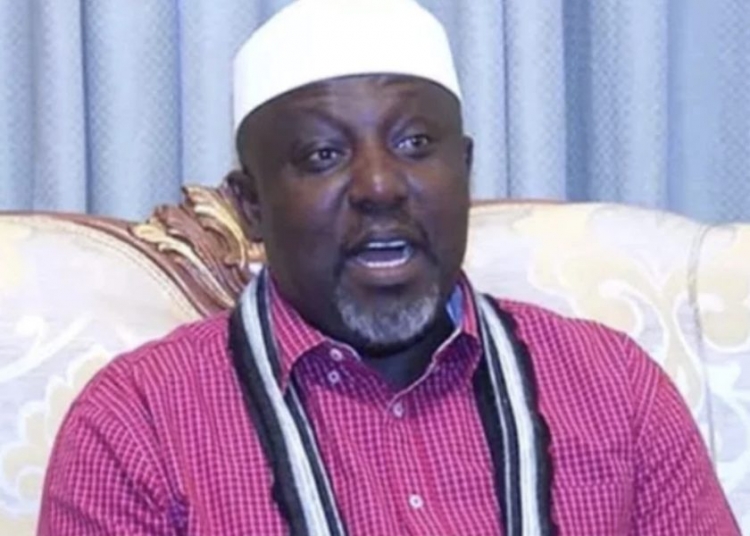 Sen. Rochas Okorocha has sought an order of a Federal High Court, Abuja, granting him leave to travel to the United States (U.S.) for medical treatment.

Okorocha, through his lawyer, Daniel Alumun, made this known on Thursday when the matter came up before Justice Inyang Ekwo.

Alumun, however, informed the court, shortly when the case was called, that he was unable to serve the Economic and Financial Crimes Commission (EFCC), the complainant/respondent, with the motion.

However, the EFCC counsel was not in court. Justice Ekwo consequently adjourned the matter until July 6 for hearing of the motion.

In a motion on notice marked: FHC /ABJ/CS/28/2022 dated June 22 and filed June 27 by Okey Amaechi, SAN, Okorocha sought for an order granting him leave to travel outside Nigeria for medical treatment; and return before Nov. 7, being the next adjourned date for his trial.

The senator representing Imo West Senatorial District, also sought a consequential order for the release of his Nigerian international travel passport booklet, which was deposited with the court registrar in partial fulfillment of the conditions for bail granted to him.

He further sought for “a consequential order that reliefs(1} and (2) above be communicated by the registrar of this honourable court to the Nigerian Immigration Service, to facilitate the passage of the applicant.

“An order directing the 1st defendant/applicant to return his international passport to the registrar of the honourable court upon his return to Nigeria.”

The lawmaker, who gave three grounds why the reliefs sought should be granted, said he was admitted to bail pending trial in charge number: FHC/ABJ/28/2022.

He said he  has duly complied with all the terms of the bail including depositing his travel documents with the registrar of the court.

He said prior to his arraignment, he “undergone medical surgery at the Ambulatory Surgery Centre, Texas, U.S. for distal femur fracture, which he sustained in an accident.”

According to Okorocha, he has been on regular/scheduled care and treatment at the same Ambulatory Surgery Center, where he has been scheduled for further medical tests, observation and treatment on July 19, 2022 or immediately thereafter.

He was alleged to have laundered the funds while serving as governor of Imo.