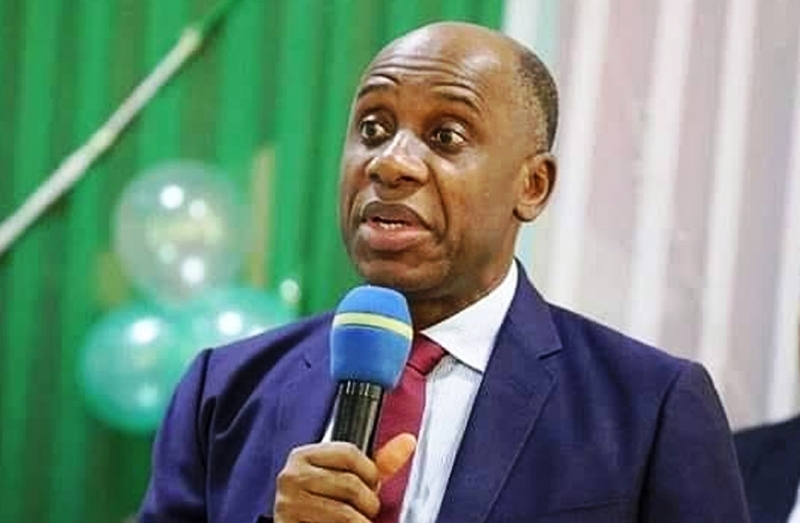 An All Progressives Congress (APC)  presidential aspirant, Chief Rotimi Amaechi, has promised to grow the nation’s economy by revamping the agricultural sector if he wins the primary and gets elected in 2023.

Amaechi, the immediate past Minister of Transportation, in a statement, said one of the woes of the nation’s economy was the shift from agriculture by successive governments to service economy.

He spoke at a consultative meeting with delegates of the APC in Lafia, the Nasarawa State capital.

He also met with the State Governor Abdullahi Sule to inform him of his plans to succeed President Muhammadu Buhari.

According to Amaechi, a revamped sector will in turn help in creating wealth and employment opportunities for the masses.

“I will fight to change the economy by focusing on agriculture. I will also invest in the manufacturing and productive industries.

”The problem of Nigeria is that we moved into the service industry and we have refused to pay attention to production.

“If you have a processing factory you will employ more hands. So, we will depend on states like Nasarawa that have very high level of practice in agriculture, and that will change the face of Nasarawa State,” Amaechi said.

Amaechi further appealed to the delegates to shun politicians with deceitful tendencies who would come to them for votes.

He appealed that they (delegates) should consider his (Amaechi’s) track record of achievements over the years in public service and vote for him for a better Nigeria.

“I have come to beg you to elect me because you are the most important politicians now in APC. Don’t be deceived by politicians who would come here to speak English.

”I have worked with two of your governor.  I have the capacity to deliver. Check my work in the ministry of transportation, I delivered Abuja-Kaduna railway.

”I changed the face of the maritime sector, so I am tested and I am trusted. All I can say to you is to go out on that day and vote for me,” Amaechi said.

Earlier at the Government House, Lafia, Amaechi recounted his achievements as Rivers Governor in the area of security, noting that he would replicate the feat if elected.

Responding, Gov. Sule, who extolled the virtues of the former Minister, said, “Sir, you don’t have to sell yourself to me at all. I may know you more than you think I do.

”One introduction about you that was not done is the doggedness of who you are, you are a dogged fighter.

”So, today you are fighting to be the President of Nigeria, I wish you well.  The most amazing thing is the intimidating team you have been able to put together, a lot of people in your team are well known to me.

”And one thing about our party is that we have competent aspirants and I was happy when you mentioned that even among the aspirants in the party you are the most competent,”  Sule said.