Home » News » 2023: Nigeria needs a president that can rescue her from N40 trn debt, Jeremiah Useni 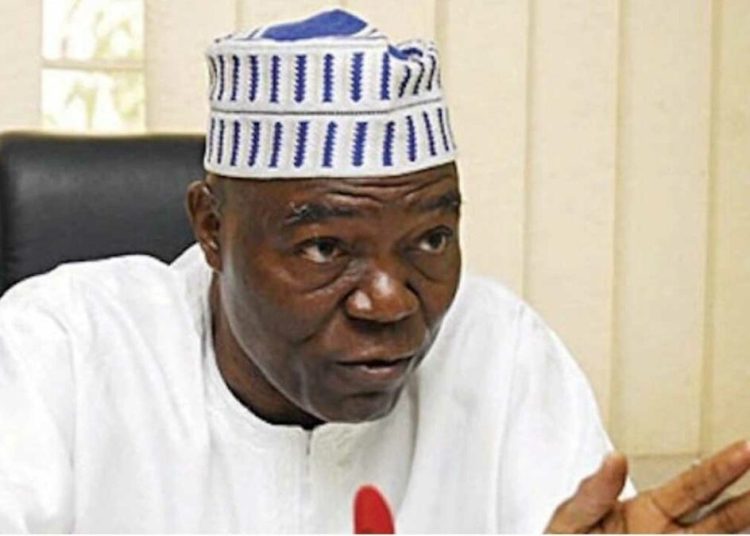 A former Minister of the Federal Capital Territory (FCT) and ex-Senator, General Jeremiah Useni, has said Nigeria needs a leader that can rescue her from the N40 trillion debt the present administration has plunged her into.

He stated this when hosted the Social Democratic Party (SDP) presidential candidate, Prince Adewole Adebayo, at his residence in Abuja on Friday.

General Useni also asked Nigerians to discard all moneybags parading themselves as the next individuals to lead the country, stressing that what the country needs is someone that can be of service to the citizens.

He said, “Nigeria owes N40trillion and needs the right people in power to salvage her,” saying he is at a lost how and when the debt would be paid before development could commence.

“My plea is that we must do the right thing. Vote wisely, vote for the right people, vote without sentiments. Our economy is shaking, Nigeria owes 40 Trillion Naira and there’s more to be done to salvage this Nation.

“The way Adebayo spoke, I have listened to him, he meant well for Nigerians, he has convinced me, so I hope he will maintain it.

“I congratulate you for reviving SDP. Everyone has their time, whatever you do, play your role better. Nigeria is a good country, but why are the people quarrelling? Even in my party, the Peoples Democratic Party (PDP), when we talk now, they say we are playing anti-party.”

“Being a stakeholder and a military general, you know the differences between peace and ceasefire. Ceasefire Nigeria has gotten but is yet to get peace, this is what Nigeria will get under my watch as president.”

“We need to succeed as a nation has been given to us, but we have been running an unfair system, saying, there is no place in this country where people don’t complain.

“We must have a government in place that will look back to correct the injustices and then put a mark not to have further injustices. If just leaders are made, all the problems Nigeria is facing would be addressed,” he said.

He, however, charged old leaders to act as mentors to the new ones for Nigeria to be a better place.