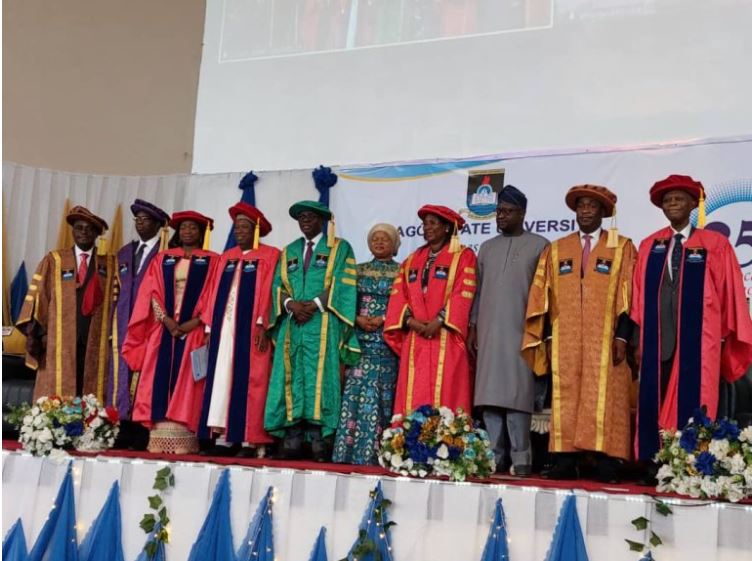 And Mrs Ibukun Awosika, Chairperson of First Bank of Nigeria.

However, the Vice Chancellor, Prof. Ibiyemi Olatunji-Bello made the announcement at the 25th convocation lecture and congregation for Admission to Doc. of Philosophy (PH.D) of the institution on Thursday in Lagos.

Olatunji-Bello said that their choice from amongst a lot of suggested names after a rigorous scrutiny were a confirmation of their sincerity, sacrifice and contribution of services to fatherland.

“Ganduje, in recognition of his contributions to the advancement of humanity is being conferred with the degree of Doc. of Letters (Educational Development, Healthcare Development and Community Development), honoris causa.

“Zulum is conferred with the degree of Doc. of Humane Letters (Community and Youth Development),honoris causa.

” Awosika is conferred with the degree of Doc. of Business (Entrepreneurship and Human Capacity Development), honoris causa.

Prof. Gbolahan Elias SAN, Chancellor of LASU said that the awardees today were our tokens in recognition of their efforts and success over the years in their fields of endeavour.

Why Okowa's daughter is qualified to run in 2023 – Aniagwu