350 terrorists killed, 500 wounded by Nigerian military in one month- Centre No fewer than 350 Boko Haram/ISWAP terrorists have been killed and over 500 wounded by the Nigerian military in the last one month according to the Institute for Peace and Counter-Terrorism Studies (IPCTS).

IPCTS made this damning revelation in a well-documented report after a thorough research into the military’s activities in the northeast.

In the last one month, the Nigerian troops have earned plaudits in its final clearance operation and unsurprisingly, though, this comes since the Chief of Army Staff (COAS), Lt. Gen. T.Y Buratai relocated to the northeast.

Led by the COAS himself, the troops of Operation Lafiya Dole have continually carried out massive onslaught on the fleeing terrorists, which has left hundreds dead and factional leader Abubakar Shekau on the brink of submission.

In the report signed by Executive Director, Dr. Samson Bello, the institute revealed that the introduction of additional counter-terrorism methods, as well as a boost in military hardware have given the troops an edge.

However, it acknowledged that the Army Chief is the singular difference in the battlefield, coordinating the day-to-day operations and offensives against the terrorists.

The institute also observed that the presence of the COAS has served as a source of motivation to the troops, with his orchestration of top-notch operational strategies neutralizing the threats posed by the Boko Haram/ISWAP group.

With the troops on the cusp of victory, IPCTS, however, urged that the tempo is sustained as the jihadist might eventually surrender as the odds are well against them. 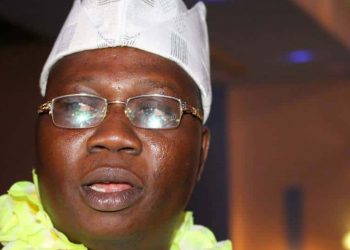