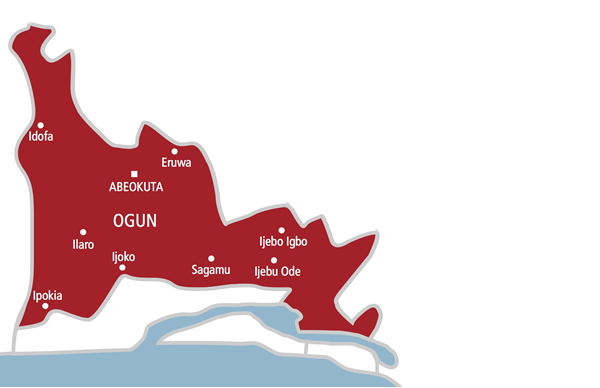 Ogun State Commissioner for Works, Engr. Ade Akinsanya, has disclosed that the present administration inherited a debt of N202 billion on road projects alone from the administration of Senator Ibikunle Amosun.

Akinsanya who stated this in Abeokuta at the weekend, however, stated that Governor Dapo Abiodun has approved phased payment of the debt.

According to Akinsanya, the governor has also approved payment of compensation to the owners of houses demolished for road projects across the state by Amosun’s administration.

He said the governor approved the payment to alleviate the sufferings of the house owners, saying that the payment will also be in phases.

Amosun embarked on the massive demolition of properties across the state in his desire to expand some roads to as much as 8-lane without paying compensation to the affected owners.

However, the desire turned out to be a double jeopardy as many of the roads were abandoned midway while others did not take off at all.

Tinubu meets Obasanjo, opens up on why he is in Ogun State

Akinsanya while shedding more light on the development explained that the massive demolitions carried out by Amosun’s administration was unnecessary.

He said that it ended up compounding the problems being faced by the present government.

According to him, the state government now has billions of compensation claims to contend with in addition to looking for another huge sums of money to complete the abandoned roads projects.

The commissioner said the state government has decided that no house will be demolished again for road project in any part of the state.

He stated that house will only be demolished where necessary and unavoidable.

Adesanya revealed that Amosun administration had earmarked some houses for demolition preparatory to the rehabilitation of Kemta-Somorin road in Abeokuta.

“The project is nearing completion now without any demolition carried out.

“Our road design and construction is such that we try to avoid demolition.

“Our road design and construction is such that we try to avoid demolition.

”It is actually not necessary to demolish while constructing roads, unless it is actually unavoidable,” he said.

The Commissioner also disclosed that most of the bridges constructed by Amosun were a waste of resources.

“The same thing applies to bridge construction. Most of the bridges constructed by that regime were a waste of resources.

“For instance, on the entire stretch of the 19- kilometre Atan-Lusada-Agbara road has only one bridge. And the length is short,” he said.

Meanwhile, Governor Abiodun has been praised for approving payment of compensation to the owners of demolished houses.

A resident of Agbado, who lost many shops to the demolition, Mr Abayomi Olanreway, commended Governor Abiodun for his magnanimity.

He berated the last administration for subjecting people to unnecessary hardship, even as he regretted that the road had been abandoned for more than six years now that the demolition took place.

Olanrewaju, who said he depended on his shops to survive before the demolition, also disclosed that the road was in a better condition before the bulldozer moved in for the reconstruction .

Another resident, Taiwo Adebari, also expressed gratitude to the state government, noting that the compensation will help in alleviating some of their sufferings.

ASUU strike: We have done our best – FG

ASUU strike: We have done our best - FG