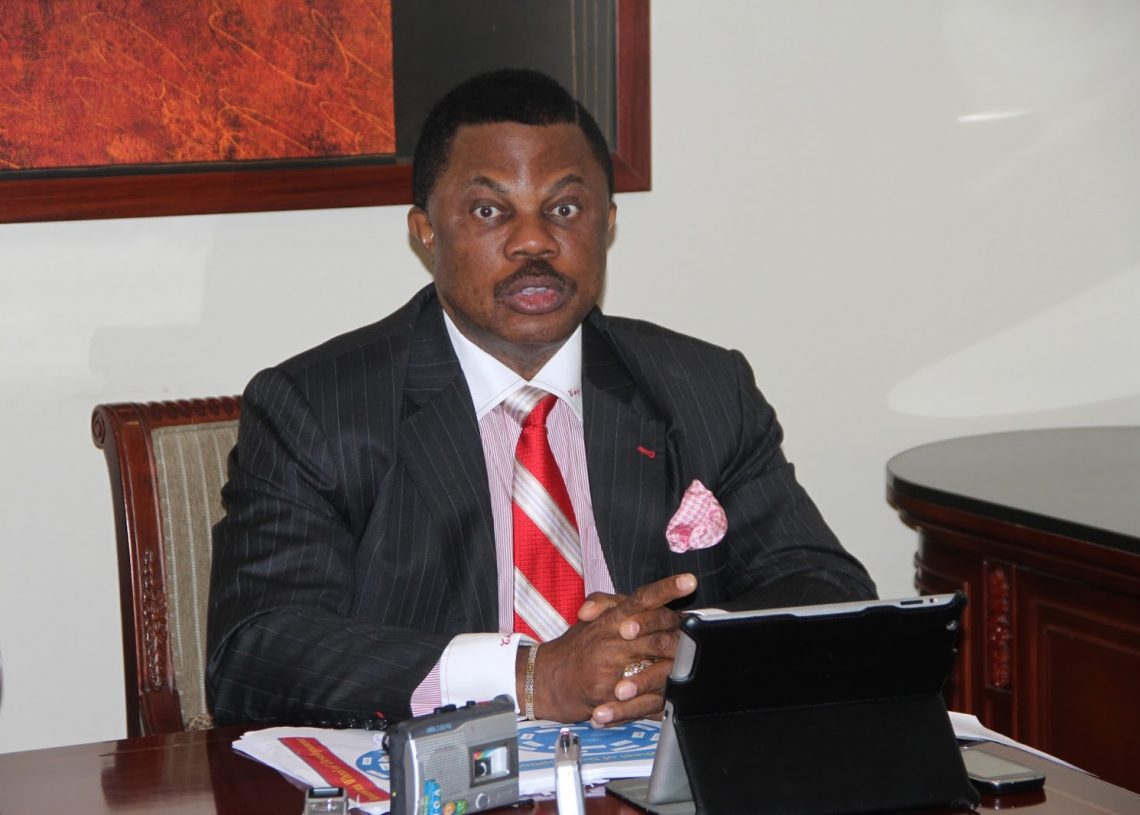 The Anambra State Government has consoled Ihiala people over the fire which destroyed their major market this afternoon, promising to lead the mobilization of the people in planning, designing and building a modern market in the town.

In a message to the people sent through the Commissioner for Information and Public Enlightenment, Mr C. Don Adinuba, who is an indigene of the town; the chairman of the Ihiala Local Government Transition Committee, Engineer Jeff Obi; and the Traditional Ruler of Ihiala, Igwe Thomas Obidiegwu, as well as the President General of the Ihiala progress Union, Chief Okey Chukwu, Governor Willie Obiano regretted that “a good number of both the indigenes of the town and people from elsewhere, including outside the state, have lost their means of livelihood”.

The fire, noted the governor, claimed not just buildings and market stalls but also vital goods and perhaps even raw cash.

He said: “This is the wrong time for such a disaster to occur, especially given the prevailing economic condition in the country”.

Chief Obiano promised that a panel would be set up to determine the causes of the fire and also make suggestions on how to prevent possible reoccurrences, noting that “this is the fourth time a fire has occurred in and around this major market in recent years”.

He said his administration would seek to complete the establishment of a fire service in the town, but observed that the facility would be of little value in the market if it is not provided amenities like access roads.

“A situation where the few available access roads in the market are converted to shops which makes it difficult for fire trucks to move into the market to extinguish fire is unacceptable”, he declared.

The governor also remarked that the Nkwogbe market, built in the 1950s, is no longer adequate to meet the challenges of the modern times.

“The market”, he stated, was built “with highly inflammable materials like corrugated iron sheets and planks, and people sold combustible goods like petrol and keresone in all parts”.

Chief Obiano described a standard market well planned with sanitary facilities, an efficient fire service and state of the art electricity as a “desideratum”.

He announced that the state government would work with the Ihiala Progress Union, the Igwe in Council, the Ihiala Local Government, prominent people from the town and other stakeholders like the traders union and the Anambra State Ministry of Trade and Commerce to provide a befitting market.

Governor Obiano described the Anambra State Fire Service officers from Nnewi who extinguished the fire as good professionals, adding that when the fire service station in Ihiala “is completed, there will not be a need for firemen to come from other towns to fight in Ihiala except to reinforce or support local efforts”.

He also lauded Ihiala youth for volunteering to fight the fire before the arrival of firefighters and for cooperating with them when they arrived.

He asked some other communities to learn from Ihiala youth and cooperate with firefighters rather than block their work.