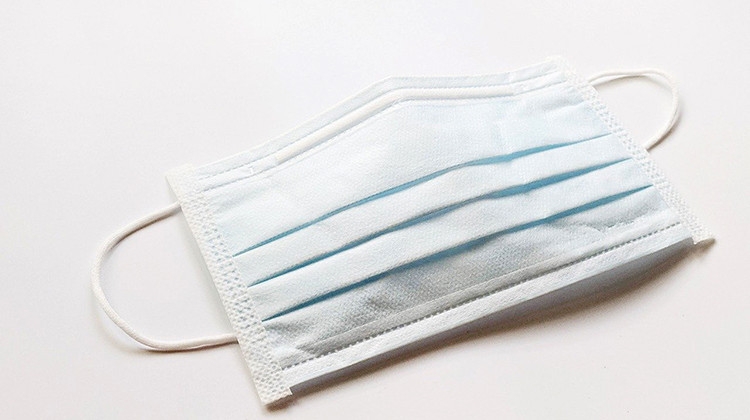 The outbreak of COVID – 19 brought a new fashion item to protect people from the spread of the deadly virus.

Some call it ‘face mask’ but that description is not correct because it is meant to cover only the mouth and nose ; both organs in the body which are susceptible external receptacles for airborne particles which fly around one’s immediate environment. It’s not like the type worn by the popular Nigerian crooner; Bisade Ologunde, alias, Lagbaja.
This item was, originally, a personal protective covering for temporary use by professionals in health facilities, particularly, for those involved in clinical chores to protect them and their patients from infection. But, the advent of COVID – 19 altered that and the nose mask became the most trendy piece of outer clothing expected to be donned by everyone in the global community.
As a part of the personal protective gear mostly restricted to surgical theatres in health facilities, a lot of people were oblivious of its availability on the shelf hence it was cheap and sold, mostly, around hospitals and in pharmacies or patent medicine stores. However, the outbreak of the global pandemic varied that to make the production, distribution and sale of the nose mask to become one big business which has enlarged the coast of traders in that little piece of fabric. Pharmacists, patent medicine outlets, hawkers on streets and those who pound the corridors of offices and schools are all in the business of selling the ware.
At present, it is likely that the nose mask industry is competing favorably as, arguably, one of the fastest growing items of trade since the outbreak of the pandemic. It has increased the production lines of pharmaceutical firms, fashion designers and local tailors. It has also become an easy self – made item of dressing where people, mostly the women folk, use all manner of fabrics, design and colors to complement their dressing.
Keen observers of persons who wear the ‘mask’ would notice several patterns. There are those who wear it on the chin. There are people who have on the transparent shield product without protecting their mouths or noses. These ones do not realize that such a ‘fashion’ statement does not protect them or the people around them from the virus in any way. There are wearers who only cover their mouths while others wear it correctly – covering both buccal and nassal cavities in public places. Nevertheless, there are people, who, deliberately or unconsciously act to assert their stature and stations in their localities by their attitude towards the nose mask.
Those who show disdain about the protective covering betray their attitude towards the virus. It’s either they do not believe Covid – 19 is real or accounts for deaths recorded so far in the world or they want to spread the infection to as many people as possible in their work place. Hence, in a meeting of villagers, the village head will not wear it. To him, that exudes the impression that he is the man in charge. In a gathering convened by a Councilor, it signals that if such a ‘top dog’ wore that protection it would diminish his political significance at the ward level. The same cue is adopted by Council Supervisors and the Chairmen of Councils who carry on as if it were beneath such executive heights for them to wear it while in a meeting with subordinates or ‘people’.
Presently, that “I am the boss and in – charge here” attitude flows from the topmost levels of leadership in every sector and trickles down to the bottom layers of ‘leadership’ in the society. Non use of the protective mask has become a show of class to separate the ‘ogas at the top’ from those below.
A refusal to put on the nose mask now distinguishes the rich from the poor. Even in Churches and other religious set ups, it’s easier to pick out who is higher in rank, not by the size or height of their caps but by the absence of the nose mask in their couture. This circumstance captures the politics of the “nose mask” – a situation whereby power relations in the society is defined by those who cover their outward physical receptacles and those who do not. It has become a situation whereby one easily differentiates those who ‘allocate authoritative values’ from the rest on the lower rungs or base of the ladder in any environment where people are found.
The politics associated with the nose mask has brought, sharply, to the fore, the complete absence of personal example by ‘leaders’ at various levels in the society. It reveals a certain arrogance and

insensitivity by the ‘leadership’ corps. These leaders may feel it is beneath their levels to be seen in the ‘masks’ with lesser associates. They exhibit this thoughtlessness towards people everywhere. One wonders about the lessons such leaders teach concerning compliance to rules and regulations in the society. Do these ones not know that nothing inspires the followership than the power of personal examples?
Leaders who play ‘politics’ with the nose mask neither acknowledge the existence nor the havoc wreaked by the virus. They may think that Covid – 19 is a respecter of people and their stations in life. But no! It is not. They also betray their lack of respect for their people. Is this disposition towards wearing the nose mask by leaders not a metaphor for the penchant of leaders in Nigeria to ignore, break laws, contravene rules and regulations? This is a serious mindset problem in this country where people in ‘powerful’ positions flout required norms of behavior in the society. The next time you step into an environment, you won’t need to search or ask questions regarding who harbors the view of being more important in the room. By the use or non use
of a nose mask, you will know who lives on the assumption that he or she wields the power of the boss in the place. Leaders should not only look the part but act the part if messages they preach and jingles they sponsor in the mass media towards positive standards of behavior and attitudinal change in the society must be imbibed by followers.
Dr. UDEME NANA is a Media Scholar and Founder of Uyo Book Club.