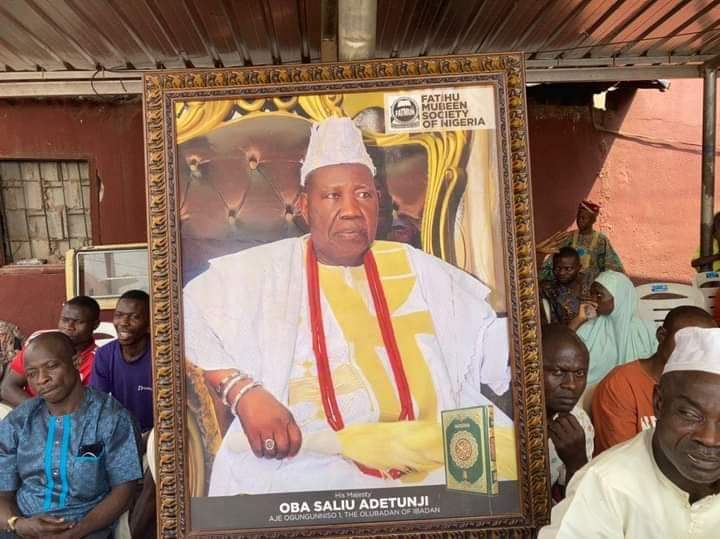 Former Secretary to the Government of the Federation, Anyim Pius Anyim has commiserated with the Governor of Oyo State, Mr Seyi Makinde over the passing of the Olubadan of Ibadan, Oba Saliu Adetunji.

TheNewsGuru.com (TNG) reports the presidential hopeful also commiserated with the family of the deceased in a statement he released on Sunday.

Anyim described the late Oba Adetunji as a patriotic Nigerian who was deeply committed to the peace, unity and  development of the country.

The statement reads: “I have received with sadness, news of the death of our highly respected traditional ruler, His Imperial Majesty, Oba Saliu Adetunji, the Olubadan of Ibadan.

“Let me convey to your Excellency, the family of His Royal Majesty and the good people of Ibadan, my deepest condolences on this sad event.

“Late Oba Adetunji was a patriotic Nigerian who was deeply committed to the peace, unity and  development of our country.

“His nearly six years on the throne brought peace and great development to his kingdom and the entire Oyo state.

“His demise will be greatly felt as Oyo State and the country at large would miss his invaluable advice and wise counsel as the nation searches for solutions to her many challenges.

“I pray that the Lord will comfort his family and grant his soul eternal rest in His bosom.

Your Excellency, once again, please accept my  condolences”.

Why I can't do without s3x - Tinto Dikeh