by Bartholomew Madukwe
in News, Nigeria
Reading Time: 2 mins read
A A
1 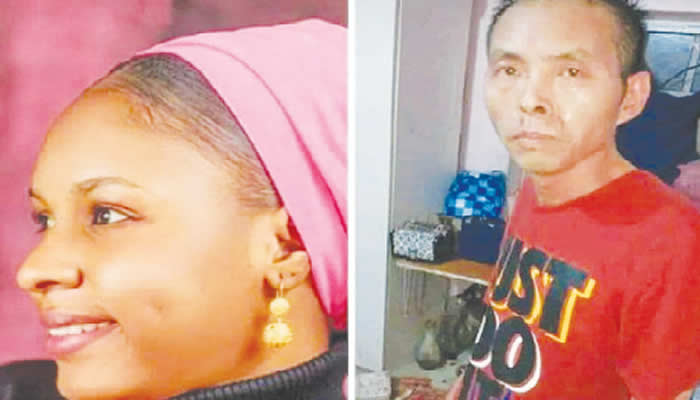 Justice Sanusi Ado-Ma’aji of a Kano State High Court has ordered the state government to write to the Chinese Embassy to provide an interpreter for Geng Quangrong, a Chinese national who is alleged to have murdered his 22-year-old Nigerian girlfriend, Ummukulsum Sani.

The 47-year-old Chinese, who is facing a count charge of culpable homicide- contrary to section 221 of Penal Code, appeared in Court on Tuesday.

When the case came up for re-arraignment, the defence counsel Muhammad Dan’azumi urged the court to provide an interpreter for his client relying on Section 36(6)(a)(b)(c) of the 1999 Constitution as amended.

“My Lord the defendant is not a Nigerian. The use of English in the court as a language may not be understood by my client and he may not understand the charge he is standing trial for.

“The defendant is entitled for an interpreter from English to Chinese language, he is exploring his constitutional rights,” he said.

The defendant was asked if he understands English language and he said no.

The prosecution counsel, Kano State Attorney General Musa Abdullahi-Lawan told the court that he had directed the Director of Public Prosecution (DPP) to write a letter to the Chinese Embassy and Chinese Community in Kano requesting an interpreter on behalf of the defendant.

“The defendant spoke good English at the last adjourned date of September 29. When we get an interpreter we will finish the case in a very short time” Abdullahi-Lawan said.

The judge ordered the remand of the defendant in a Correctional Centre and adjourned the matter until October 27 for arraignment.

Sani was allegedly stabbed to death in her Kabuga quarters in Kano.

TheNewsGuru.com recalls that a magistrate’s court in Kano state had ordered the remand of the Chinese national, over the murder of Sani, who is alleged to be his lover.

According to the police, 22-year-old Sani was stabbed multiple times by Quanrong in her residence at Janbulo quarters, Kumbotso LGA of Kano.

She was confirmed dead on arrival at the Murtala Mohammed Specialist Hospital Kano.