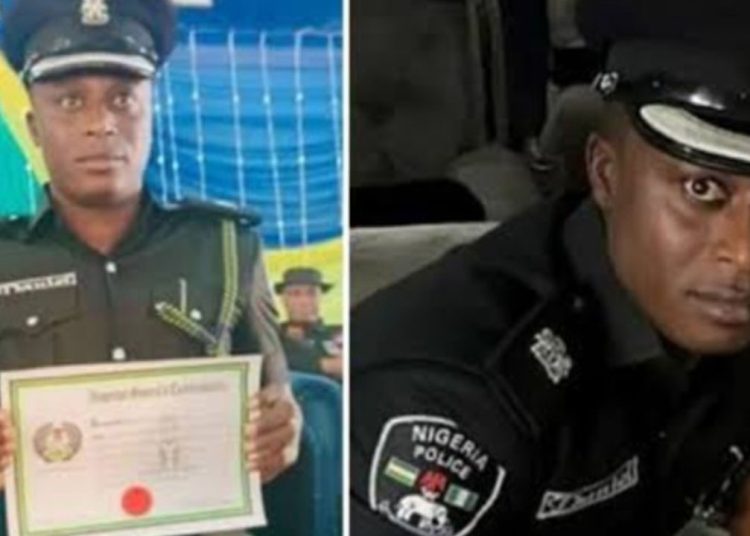 Amah was said to have displayed exceptional courage and integrity in the discharge of his duties.

The Plateau indigene received the award by President Buhari in Abuja at the 4th National Summit on Diminishing Corruption in the public sector with the theme, “Corruption and the Education Sector.

Amah, a Divisional Police Officer (DPO) in Bompai Kano, rejected $200, 000 bribe to sweep under the carpet a case involving Ali Zaki a bureau de change operator who connived with other criminally minded individuals to rob a Nigerian (name withheld) to the tune of $750,000.

TheNewsGuru.com reports that Amah, who handled the case, rejected $200,000 bribe to kill the case and brought the suspect to book. 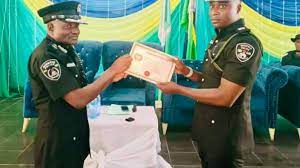 In his remarks, Buhari congratulated the awardee for his outstanding behaviour and used the medium to call on other Nigerians holding public offices to emulate the gesture, emphasizing that “We need to kill corruption for Nigeria to move forward.”

In August, Inspector-General of Police Usman Baba in a letter of commendation to Amah noted that the professional attitude displayed by the DPO led to the arrest of the suspected armed robbery syndicate in Kano.

PSC also approved the reduction in the ranks of 10 other officers.

The decisions were taken at the ongoing 15th Plenary Meeting of the Commission, which is expected to end on Thursday.

A statement on Tuesday by the PSC, Head, Press and Public Relations, Ikechukwu Ani, said a Superintendent of Police (SP) was also retired in the public interest.

The Commission’s Plenary Meeting presided over by Justice Clara Bata Ogunbiyi, JSC (rtd) considered all the Pending Disciplinary Matters (PDM) before the Commission totaling 47 and treated some appeals from dismissed Police Officers.