Round off town hall meeting/ capacity building training for 350 editors, commends US Embassy for huge support 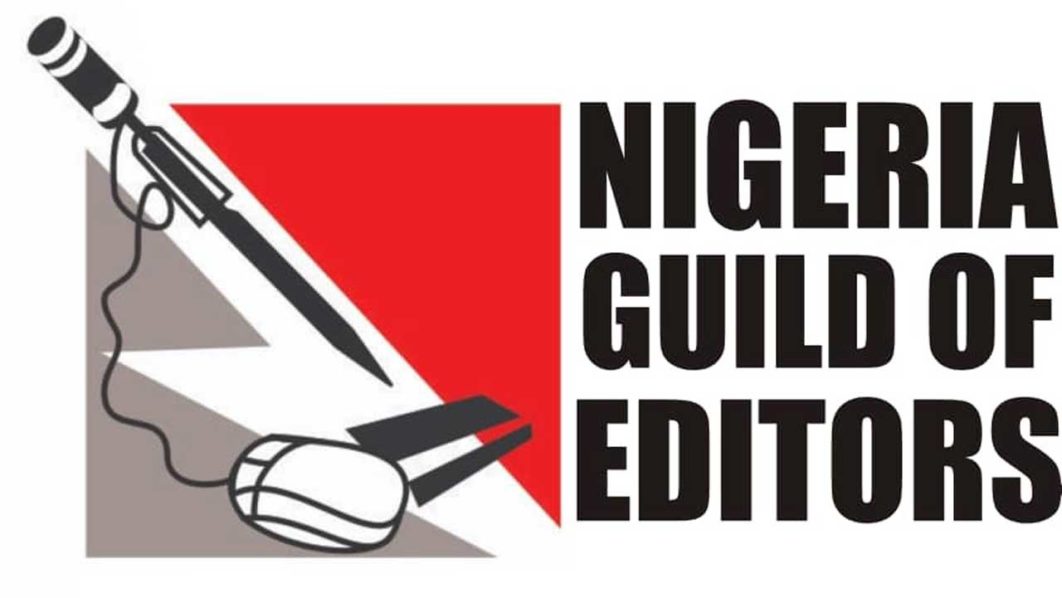 Nigerian Guild of Editors (NGE) has restated its resolve not to buckle under any circumstances in its historic duty of defending and promoting the cause of democracy and press freedom in the country.

This was part of the communique made available to the public at the end of a Town Hall Meeting/Capacity Building.

The events held in the six geo-political zones of Nigeria with the last one in Port Harcourt, the South-South Zone.

The resolve is captured in a press statement signed by the President of the Guild, Mustapha Isah and the General Secretary, Iyobosa Uwugiaren.

The NGE said it has contributed immensely to the sustenance of democracy in the country.

Part of it’s contributions as contained in the statement is putting the lives of many of its members on the line in the form of constant harassment, brutalization and death.

Guild : Nigerian Guild of Editors urges govt to find missing Vanguard journalist
Notwithstanding, the NGE said its members are now more equipped and energized by the training to discharge their constitutional role of holding government accountable to the people.

The editors who commended the US Embassy in Nigeria for sponsoring the regional training workshop for 350 editors across the six geopolitical zones, urged the Embassy to also support step-down trainings for line editors and reporters.

According to the communiqué, the editors explained that having consistently put down their lives in the defence of democracy, they have also resolved to take the gauntlet by sifting from the array of aspirants angling for public office.

ALSO READ: US doles out N93m to Nigerian Guild of Editors

Such sifting, members noted, is to ensure that the electorate are provided with credible information to make informed choices in the democratic process, TheMewsGuru.com reports.

‘’Editors have resolved to assist in ensuring that frivolous and unserious candidates, as well as those who have not demonstrated any capacity for leadership, are weeded out from the race.

‘’That ahead of the 2023 general election, editors should engage more with other stakeholders like civil society groups, the Independent National Electoral Commission, security agencies and others in deepening the democratic process.

‘’The editors should also ensure that the parties and their candidates are properly guided along issue-based campaigns and discourage campaigns anchored on exploring the ethnic, religious and regional divide that tend to put the country asunder’’, TheNewsGuri.com was informed.

Noting that the media thrives better under a democratic rule, the NGE explained that the media has contributed significantly more than any section of the Nigerian society in enthroning, promoting and sustaining the cause of democracy in Nigeria.

‘’While other sections of the society were pummelled under military dictatorship, the media stood like the rock of Gibraltar and had the effrontery to look the military in the eye.

‘’Unfortunately, in spite of the huge human and material resources of the country, many years of democratic rule have not brought significant development in different sectors to meaningfully impact on the lives of the Nigerian people. But the media will not give up in the its defence of democracy’’, the editors added.

Amidst increasing misinformation, disinformation and deliberate falsehood in cyberspace, the editors also resolved to explore the use of fact-checking tools to verify stories as part of the process of erasing the credibility gap.

According to the editors, ‘’There is need for the media to always use fact check tools to verify its stories. And that no matter how reliable a source has been in the past, the media should always be circumspect about any disclosures from any sources by double checking the information.’’

Noting that the Freedom of Information Act (FOIA) can assist the media to deal with the problem of anonymity of sources, particularly when confronted with legal matters, the editors said that there is a need for the media to make more use of the Act as part of the move to instil greater credibility on its stories.

Arising from the conversations at the conferences in the six geo-political zones, the editors said that while regulation of media practice will accord media professionals greater respect like other groups, pandering to the antics of a government, which has consistently shown abrasive zeal to hamstrung the Nigerian media – to solely regulate the media, will be harmful to its survival.

‘’This is more so given its insidious use of the National Broadcasting Commission (NBC) codes to clamp down on stations that give vent to anti-government opinions.

‘’Editors agreed that the media should endeavour to regulate professional practice and also ensure proper corporate governance on the part of the owners of media houses, in order to guarantee adequate supply of working tools, better working environment and improvement in staff welfare’’, the editors further added.

Editors commended the NGE leadership, led by Mustapha Isah, for ‘’lifting the bar of engagement’’ via the training workshop, which has not only enriched their knowledge but also created a platform for further social networking amongst members.