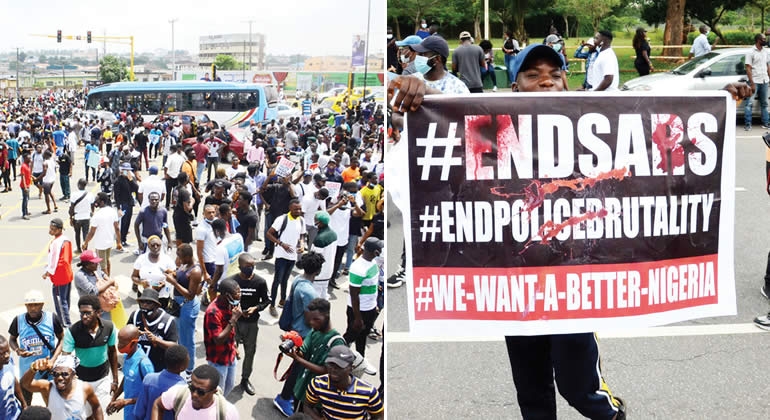 Afe Babalola, a frontline legal practitioner and Senior Advocate of Nigeria (SAN), has warned that the imposition of curfew and deployment of soldiers to stop the protests by the youths will not yield fruits.

He called on President Muhammadu Buhari to rather address Nigerians.

The senior lawyer stated this on Wednesday while reacting to the recent shootings, killings and crisis rocking various states in the country due to the declaration of curfew by some Governors.

“Protests against the Special Anti-Robbery Squad, otherwise known as SARS or FSARS, have spread to all parts of Nigeria and beyond.

“The deployment of soldiers to the streets is not the answer. The imposition of curfews is certainly not the answer,” Babalola said in a statement.

He said that he had before now appealed to President Buhari to please address the issue at that time.

“I now again plead with him to address the root causes of the pain which the youths are complaining about,” he said..

It was a black Tuesday on October 20, 2020, when men of the Nigerian military opened fire on peaceful protesters in the Lekki Toll Gate axis of Lagos State killing at least two young people and leaving many others with injuries.

“A protest both in fact and in law is analogous to a message which an injured toe sends to the brain complaining about unbearable pain,” said Babalola in his reaction to the shooting of the protesters.

He added, “The response by the brain and the head is normally to take steps to treat the pain to the toe.

“Any injured person who refuses to take steps to treat pains to any part of the body does so at his own peril.”