by Emmanuel Bagudu
in News, Top Story
Reading Time: 3 mins read
A A
0 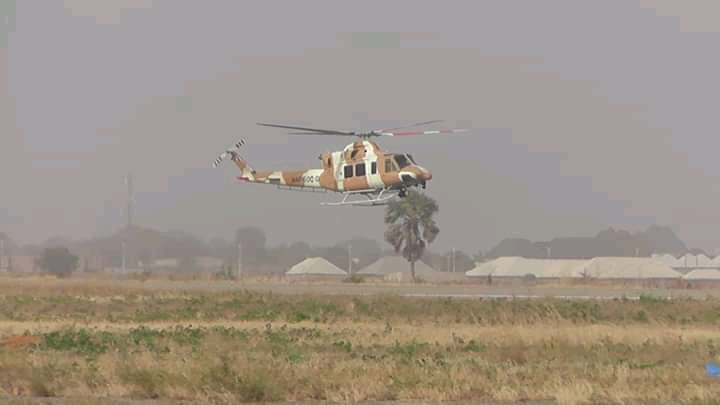 Sixty four days after two fighter jet pilots who presumably landed in Maiduguri, enclave of Boko Haram insurgents, nothing has been heard about the location of the pilots and jet till date.

Findings by TheNewsGuru.com, (TNG) revealed that 64 days after the jet and its pilots got missing from Air Force radar their location still remains a mystery.

The jet and the pilots reportedly left for Maiduguri on April 1 but got missing from the radar and this has led to many questions begging for responses from the concerned authorities particularly the Nigerian Air Force.

According to the Director of Public Relations, Nigerian Air Force, Air Comodore Edward Gabkwet the Alpha Jet might have crashed, but the whereabouts of the two pilots remain unknown.

“Intelligence report gathered by the Nigerian Air Force (NAF) indicates that the Alpha Jet aircraft (NAF475) that went off the radar with 2 crew members on board on 31 March 2021 might have crashed.

“At this point, the NAF is not ruling out anything regarding the incident. It however remains hopeful that the crew would soon be found and rescued,” Gabkwet said in a statement on April 2.

Meanwhile, family members of the pilots are asking questions on why is it so difficult for the military to find both the pilots and the jet since over two months ago that the incident happened.

“There seems to be a conspiracy of silence on the matter. One of the Air Force Pilot Flt Lt Chapele is my Cousin from Aladja. 60 days no information on the whereabouts of the aircraft and the Pilots. You will think the jet got missing in the Atlantic and it’s difficult to locate the wreckage and the pilots. This purportedly happened around Maiduguri, so should be easy to locate in our local forests by farmers and other locals.” One of the relatives of the missing pilots in the jet told TNG

The jet and the pilots were declared missing from military radar on April 1 and till date there’s no clear indication of where they are and nothing is being said at least to appease members of their families.

More disturbing is the fact that the jet in question did not vanish from the air and did not cross over the Atlantic ocean so where is the crashed jet?

In some circles it’s strongly believed that there is a conspiracy theory somewhere along the line as no concrete answer has been given to the queries of members of the families of the jet flyers.

But when contacted, Director of Public Relations, Nigerian Air Force, Air Comodore Edward Gabkwet had this to say:

“The aircraft has been declared missing. We will not relent we will not give up, we are still searching. We will do our best to get the pilots and jet.”

Police uncover plan by IPOB to set up cells in Bayelsa