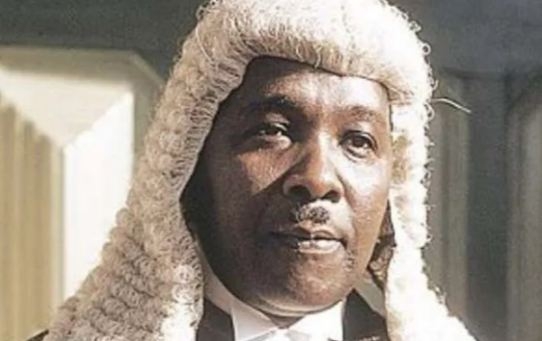 The Federal Government on Tuesday arraigned a Federal High Court judge, Adeniyi Ademola, before a High Court of the Federal Capital Territory Abuja.

Mr. Ademola is one of the judges arrested by operatives of the State Security Service on October 8 on allegations of corruption.

He is alleged to have fraudulently acquired huge sums of money as gratification to impede the cause of justice.

Mr. Ademola, alongside his wife, Olubowale, is facing a 15-count charge of alleged fraud and abuse of office.

The office of the Attorney General had planned to arraign Mr. Ademola on December 5 but failed to do so because the judge was yet to be served with the originating summons for his trial.

The case is ongoing.