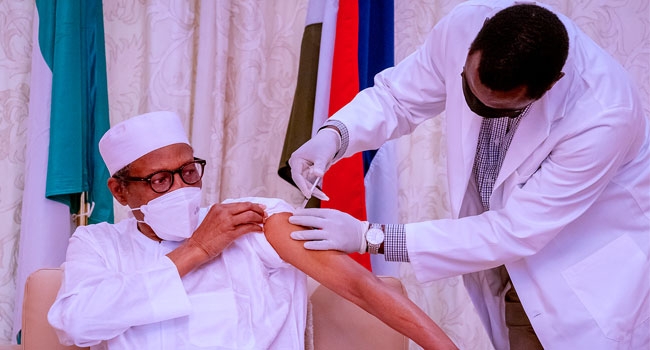 The Federal Government on Thursday said it was not considering a lockdown despite rising cases of COVID-19 infections across the country.

Speaking at the weekly ministerial briefing organized at the State House in Abuja, Minister of Health, Dr Osagie Ehanire, said the number of cases were not threatening enough, yet, for a lockdown to be considered.

On Wednesday Nigeria had recorded 790 cases of new COVID-19 infections, according to the Nigeria Centre for Disease Control.

The figure was the highest in about six months.

A recent surge in infections has been partly attributed to the Delta variant, which is believed to be more contagious and deadlier.

Nigeria is expected to step up its Covid vaccination program after receiving over four million doses of the Moderna vaccine from the US government last week.

Only about one percent of the population has been vaccinated, so far.

The second phase of the national vaccination programme is expected to kick-off next Monday.

Minister Ehanire also said on Thursday Nigeria is not only relying on donated vaccines from other entities.

The countries has benefitted from vaccines donated by COVAX and the US.

According to Ehanire, Nigeria has procured nearly 40 million doses of the Johnson and Johnson vaccine through the African Union.

He also assured those who have taken the first shots of the AstraZeneca vaccine of the availability of second doses by the end of August when 3.9 million doses of the vaccine type is expected to arrive the country.

On the current strike action by resident doctors across the country, Minister Ehanire said the Federal government would implement a ‘no work, no pay’ rule.

He said the doctors, under the aegis of the National Association of Resident Doctors, should obliterate the option of strike as a tool to resolve their issues.

Minister Ehanire said the doctors should consider other options in the interest of the country, particularly at a time the country is in a war situation.

Minister of Labour, Dr Chris Ngige, has earlier threatened that the Federal Government would replace the striking doctors.

The doctors are striking over unpaid benefits, among other issues.