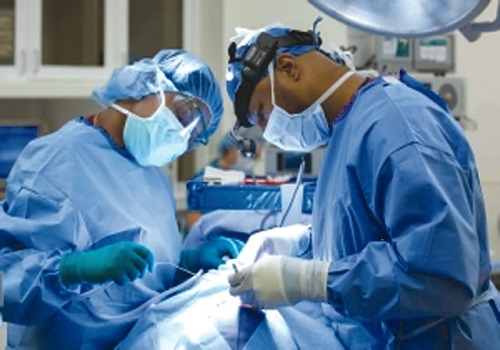 The Nigeria Governors’ Forum (NGF) has pledged to address the unresolved issues raised by the Nigeria Association of Resident Doctors (NARD) in five states.

This was contained in a communique posted on NGF’s Facebook handle on Saturday, three days after the forum held its 33rd teleconference presided by its chairman and Ekiti State Governor, Kayode Fayemi.

“On the suspended strike by the National Association of Resident Doctors of Nigeria (NARD), the Forum noted that there were still unresolved issues in five states: Abia, Imo, Ondo, Kaduna, and Ekiti, and advised that State Governors appoint either the Deputy Governor or another high-ranking official such as the Commissioner of Health to take up the discussion with the Association at the State level,” said the communique issued on Thursday.

At the virtual meeting held on Wednesday, the Chairman of the Board of Trustees to the Nigerian Institute of Medical Research Foundation, Babatunde Fashola, made a presentation on a national fundraising initiative.

The initiative seeks to mobilise resources for the establishment of an endowment for medical research in the country.

Thereafter, the forum resolved to make a collective pledge to support research in priority medical fields in the country and called on all state governments to individually advance support for the initiative at the state level.

“Members also received a presentation from Mark Giambrone, MPP the Country Coordinator for PEPFAR in Nigeria, on the status of state engagement that is paving the way towards HIV epidemic control in the country,” the communique added.

“With the country on the verge of reaching control status by the end of 2022, governors pledged to continue to facilitate access to HIV testing and treatment for more Nigerians and committed to supporting campaigns and initiatives that will reduce stigmatisation among people living with HIV/AIDS.”

The governors met two days after the leadership of NARD suspended its two-month industrial action and directed its members across the country to resume work fully from October 6.

But NARD President, Dr Dare Godiya Ishaya, who briefed reporters in Abuja on the development had clarified that the strike was suspended for six weeks to allow the Federal Government to address the issues raised by the doctors.

He explained that the association took the decision to suspend the industrial action due to a simple majority vote of members at a meeting held on Sunday.

The strike, which began on August 2 to protest the issues affecting members, has left many patients helpless in government-owned hospitals within the period.